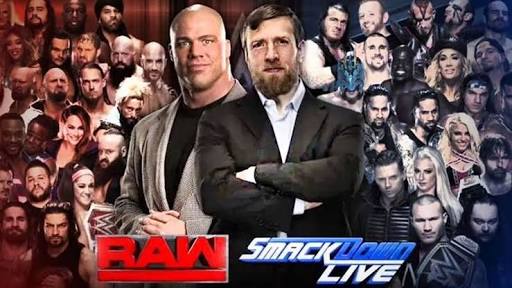 Wrestlemania season is usually the most interesting time in the WWE calendar. By the looks we’re getting, we can expect a stacked WrestleMania 34 at New Orleans.

With matches like Brock Lesnar vs Roman Reigns and Shinshuke Nakamura vs AJ Styles being confirmed for the show, Ronda Rousey’s debut, the return of The Undertaker and the universally beloved Daniel Bryan, WrestleMania will probably be the most stacked it has been in a few years. 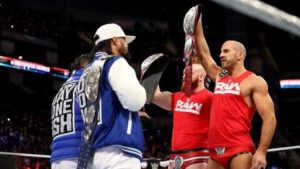 WWE will surely have more surprises and openings for future storylines which will make WrestleMania more exciting than ever.

An important thing which will prevent WWE from getting stale after WrestleMania is a Superstar Shake-up between Raw and Smackdown Live.

Incidentally, the very first WWE PPV after WrestleMania 34 is Backlash, which is being billed as a dual branded PPV. Moreover, WWE is also returning to the dual brand PPV concept for each and every PPV event, starting from the aforementioned Backlash event.

The biggest mystery is the name of the superstars which are going to be sent to the opposing brand during the exchange. If rumours are to be believed, a few really big names are under consideration to give some freshness to the other brand.

According to Sportster.Com, either The Uso’s or The New Day is being considered for a move to Raw. The New Day will be a more logical choice as the Raw tag team division is in a state of decline and there are no credible face tag team in the roster.

Jinder Mahal is another SD superstar who is being considered for a move to Raw, probably to feud with Roman Reigns once he wins the Universal Championship from Brock Lesnar at WrestleMania.

The Bar has even gone to the extent of using social media as a platform to express their desire to be traded to Smackdown Live. Seth Rollins may also be headed towards Smackdown Live.

All pro wrestling fans will have their eyes on the Backlash event, because that’s where the Superstar Shake-up is expected to take place.