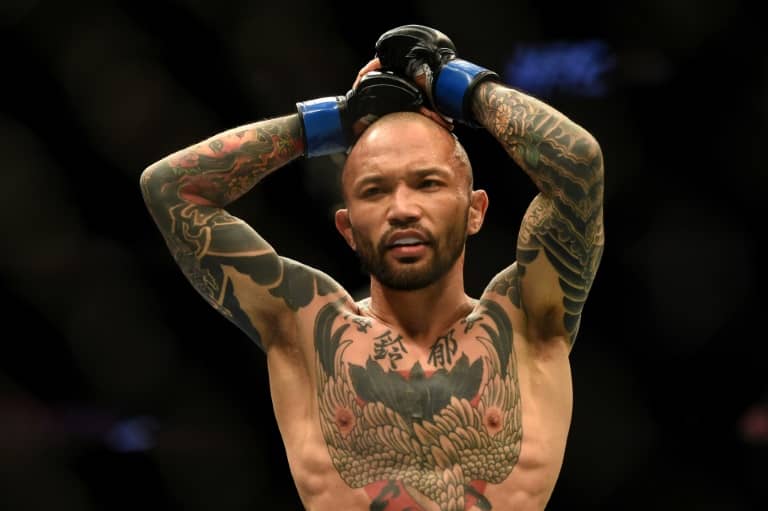 The Mixed Martial Arts world lost one of its gems two months back when Japanese MMA legend Kid Yamamoto tragically passed away at the age of 41 after battling cancer.

He competed in the Bantamweight division of the UFC. He quickly gained popularity in the Shooto organization due to his aggressive, well-rounded style and controversial persona. He moved on to K-1 HERO’S, where he became the K-1 HERO’s 2005 Middleweight Grand Prix Tournament Champion in December 2005. 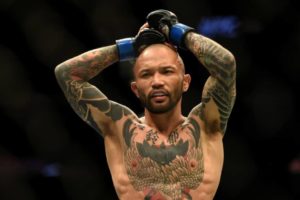 Prior to him battling cancer, he asked BJ Penn if he could come back to Hawaii.

“Yes, I knew for a while that he was battling the disease. Kid Yamamoto texted me and said ‘BJ I want to come back to Hawaii.’ I said of course, no problem come. He said he wanted to come for a few months, so I said for sure let’s do this. But then he never got back to me. Then one of the boys from Guam let me know that (Kid) was not doing to well, so then I just jumped on a plane to Guam the next day. I think he really wanted to come to be in Hawaii, but it just proved to be too difficult. So he ended up going to Guam, which is like the Hawaii of that side of the world.”

“I was honoured to go spend a week over there with Kid Yamamoto before he passed. He (Norifumi) was in great spirits and very happy during my entire visit. Just the same guy, enjoying life and doing his thing. You know, he was even coaching us and training us. He even helped with massaging me, as my shoulder had been giving me problems at the time. He was just the same beautiful man. Kid Yamamoto was always good to me since day one. He never had a bad bone in his body towards me and he would always come to visit me in Hilo and come train. He would bring out his whole crew and we would have a great time. He was just such a great person who I have a lot of respect for, and I am just glad I was able to show him some respect by flying out to see him before he left us.”
“Kid Yamamoto was the original ‘Mighty Mouse’. Well, he was the original ‘Mighty Mouse’ if Demetrious Johnson had went up and beat both T.J. Dillashaw and Max Holloway. That was Kid Yamamoto when he was in his prime. The guy had no fear. Even when he was sick, he wasn’t going to give in to the problem that he had. He was just a guy who was so mentally strong. I really don’t think that he believed that he would pass away. Because, when you are a champion at Kid’s level, you are more than just tough. There is different levels to how tough you truly are. You can be tough in a fight, tough enough to take a punch, or tough enough to sit there and die. Kid, while he was sitting there, he wasn’t going to waiver. He wasn’t going to quit. There was no such thing as the word fail. It was just amazing to see somebody that mentally strong. He truly was amazing.”

BJ Penn believes Kid Yamamoto should be remembered not only for his accomplishments but also for being a true ambassador of the sport of mixed martial arts.

“Chris, remember when he fought (Kazuyuki) Miyata and (Genki) Sudo? That’s who Kid Yamamoto was a man. That is how he should be remembered. No fear. If Demetrious Johnson had gone up and fought T.J. Dillashaw and Max Holloway, then he would have been as great as Kid Yamamoto was in his prime. He was a true ambassador of the sport, we were lucky to have him.”

“When I was a champion over in North America and he (Yamamoto) was a champion in Japan, he was still always the nicest guy to me. He never wanted to compete against me… He just wanted to be my friend.” said an emotional BJ Penn. “I love Kid Yamamoto and his legend will live on forever.”

BJ Penn will compete against Ryan Hall at UFC 232 in Las Vegas.

Courageous Rachael Ostovich details exactly why she didn’t oull out of PVZ fight: I want to take a stand!

Previous articleCourageous Rachael Ostovich details exactly why she didn’t oull out of PVZ fight: I want to take a stand!
Next articleAntonina Shevchenko’s opponent misses weight by 4.5 pounds, both fighters absent from weigh ins