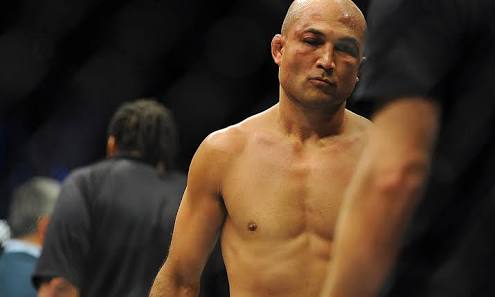 Former UFC lightweight and welterweight champion and UFC Hall of Famer BJ ‘The Prodigy’ Penn came out of retirement to take on BJJ champion Ryan Hall in a preliminary lightweight bout of UFC 232 on December 29.

Penn, who hasn’t been getting the desired results, took slightly an old school approach to take his camp to Nova Uniao in Brazil which also serves as a training ground for former featherweight champion José Aldo. However, his confidence was short lived as Hall locked in a slick heel hook to get the job done and become the first man ever to submit Penn in his illustrious career. 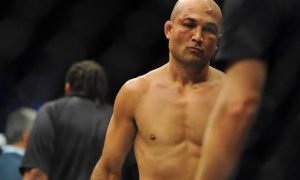 Speaking with Chris Taylor from BJPenn.com, Penn addressed his heartfelt loss against Hall.

“I was shocked at how deep Ryan [Hall] was able to sink in the leg lock right off the hop. The timing was perfect. I tried to run and pull my leg out, but I wasn’t going anywhere as my knee was still stuck inside his hips. So I tried to defend my knee and turn it up towards the sky. By the time I looked back he had already switched to the heel hook and my ankle just popped.”

The loss against Hall marked a six fight losing streak for Penn. Penn is 1-7-1 in his last nine fights since losing his lightweight title to Frankie Edgar back in April 2010. Penn however has achieved pretty much everything the sport has to offer. That being said, retirement has always been associated with the Hawaiian however Penn didn’t express any intention of retirement.

“I just got back home to Hawaii. I’m going to let my ankle heal up and then I will contemplate what is next for my life.”