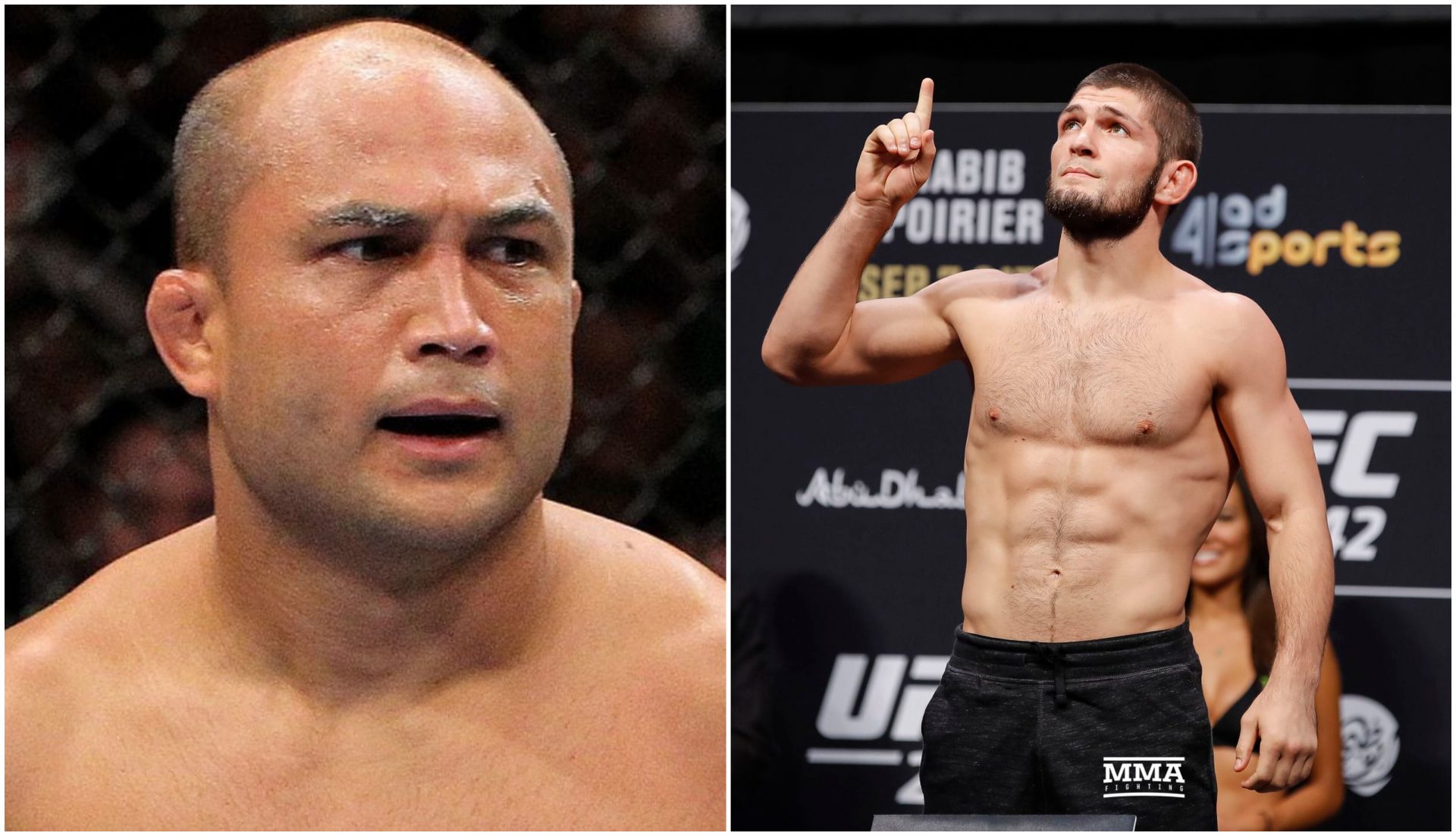 Former UFC lightweight champion Khabib Nurmagomedov may be the greatest in his division for millions others, but for a legend in the game itself- BJ Penn, the Dagestani MMA icon is not the top in the division.

Touted as one of the greatest lightweights ever, Khabib retired from the sport after an impeccable 29-0 record (along with a 13-0 UFC record) including three title defenses. While “The Eagle” is the greatest of all time for his fans, many others steer away from naming him the GOAT, even in the division.

Furthermore, Khabib’s retirement from the sport of mixed martial arts after defeating Justin Gaethje at UFC 254 last October appears to be early for many critics, as there have been examples of other MMA greats with a lengthier career as well as more title defenses, including BJ Penn.

I do believe Kabib walked away too early: BJ Penn

A former UFC Lightweight champion with three title defenses, Penn is also on the same line of believing that Khabib is not the number one at 155, as his recent post on Instagram elaborated Penn’s feelings towards Khabib’s lightweight GOAT status.

“I enjoy watching Kabib fight, I can not see Khabib saying he is #1 of lightweight of all time because that does not seem like his style. I will give my opinion on what I thought of Kabibs career. Me kabib and Benson all had 3 title defenses. Me and Kabib had 3 finishes in the 3 title defenses. I did finish Joe Stevenson to win the Ufc lightweight belt and Kabib won unanimous decision over Iaquinta to win the lightweight belt. That’s 4 finishes me and 3 finishes him in title fights. these are just numbers not important to fighting. I do feel that it is the champions duty to the sport and fellow fighters to make sure the next world champion is the greatest world champion to step in the ring. I do believe Kabib walked away too early in that respect. There are fighters and sportsmen… All I ever wanted to do was fight, everyone,” Penn wrote on his post.

“I was 25 and in my fighting prime when I went up to 170 pounds and won the belt from Matt Hughes. I can not blame Khabib for not going up and fighting Usman for the belt and then sparking a greater conversation of who was the best of the two fighters who won the 170 and 155 belts? The fighters today get fame and don’t want to lose. I will fight anytime until the day I die… I went to Japan and Hawaii and fought in K-1 and Rumble on the rock at 170, 185, and heavyweight. After years of fighting top fighters and champions I went back to the UFC and took the lightweight belt and the rest is MMA history. I don’t know who is the GOAT lightweight…I was just here to fight,” the 42-year-old Hawaiian added.

Do you agree with BJ Penn for not putting Khabib at the number one lightweight spot of all time? Let us know in the comments.