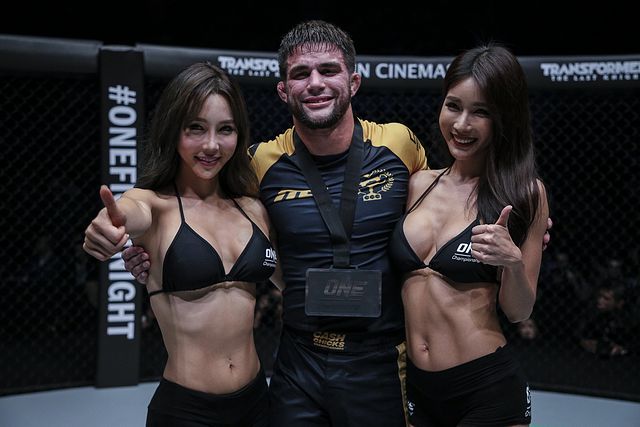 MMA and pro-wrestling are much closer than they seem to be on the outside. MMA and many other combat sports are quite closely intertwined. Fighters have often used pro-wrestling and WWE tactics to promote themselves. For instance, UFC welterweight claimed in an exclusive interview given to MMA India, that he quite often uses pro-wrestling tactics to promote himself. There are many MMA fighters who are huge WWE and professional wrestling fans such as the UFC light heavyweight champion Daniel Cormier and even Cain Velasquez. While many others fighters have made appearances at pr-wrestling events such as Covington, Ronda Rousey, Josh Barnett, etc. At the recently conducted One FC event, Garry Tonon showcased his love for WWE by executing The Rock’s famous signature move, “The People’s Elbow”. 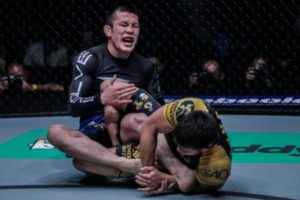 “The People’s Elbow” is a professional wrestling move, which was popularised by former WWE superstar and Hollywood celebrity Dwayne “The Rock” Johnson. “The Rock” used the move as his signature move and often secured successful pinfalls as a result.

Garry “The Lion Killer” Tonon is one of the most famed grapplers of recent times. It will be safe to call and consider him a grappling wizard and a submission expert. He is a high-level Brazilian Jiu Jitsu black belt under Tom deBlass and Ricardo Almeida. He possesses a highly decorated grappling career and has won titles at IBJJF World and Pan American Championships. He is regarded as one of the best no-Gi BJJ experts.

The BJJ wizard made his MMA debut at One Championship 70 against Richard Corminal (4-4). In the lightweight bout, Tonon displayed great stand-up skills and even knocked down his opponent in the first round. Later in the second round, he used his other worldly ground game to establish a full mount position and then started dropping some heavy hammer fists and elbows from the top. The referee soon stepped in to stop the fight.

As Tonon got up and started walking away he executed a rather less dramatic version of The Rock’s move, “The People’s Elbow”.

You can watch the video of Tonon dropping a “People’s Elbow” below: