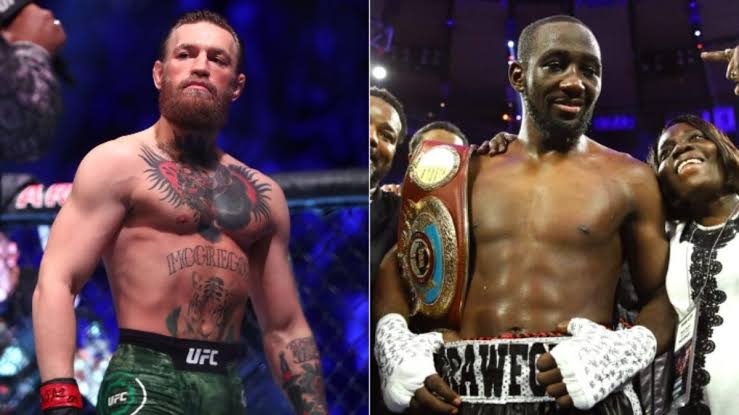 Ever since the infamous boxing money fight between legend Floyd Mayweather and MMA superstar Conor McGregor, making the crossover has been an option.

Many boxing legends like Manny Pacquiao, Tyson Fury, Deontay Wilder have been considering the option. However boxing promoter Bob Arum believes undefeated champion Terence Crawford should be the front runner.

In a recent interview with Little Giant Boxing, contrary to other boxers, Arum actually wants an MMA fight between Crawford and McGregor before a boxing fight. 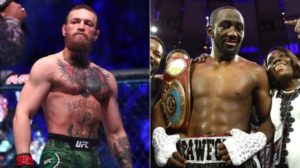 “It’s not fair to the UFC and to Conor McGregor to say, ‘Well, let him fight this fighter, that fighter, but only in boxing’ – because he’s a good athlete, Conor McGregor, but he’s not a boxer. He’s a mixed martial arts guy,” Arum said (via MMA Junkie).

Arum claimed the fact that Crawford having a wrestling background will be helpful for him. Arum went on to make a bold statement that Crawford’s wrestling is ‘world class’ and is better than that of McGregor’s.

“So I’m saying, ‘OK. Let’s test it out.’ Terence Crawford will do McGregor in the Octagon, and then three months later they can do it in the boxing ring. The Octagon would be first because I don’t want them to think we’re playing around. Let the Octagon be first, because Terence Crawford is a really tough dude who has a wrestling background, so it’s not like a guy like Mayweather who’s just a great boxer and would be lost, pretty much, in the Octagon. Crawford would not be lost in the octagon because he comes from a wrestling background. He is, I think, a world-class wrestler. So let’s see. Let them take the challenge. I think it would be massive.”

Previous articleUFC News: Dominick Reyes to referee of UFC 247 main event: ‘Hey man, please look out for Jon Jones’ eye pokes!’
Next articleUFC News: Jorge Masvidal warns Conor McGregor that there is only ‘one sheriff’ at 170