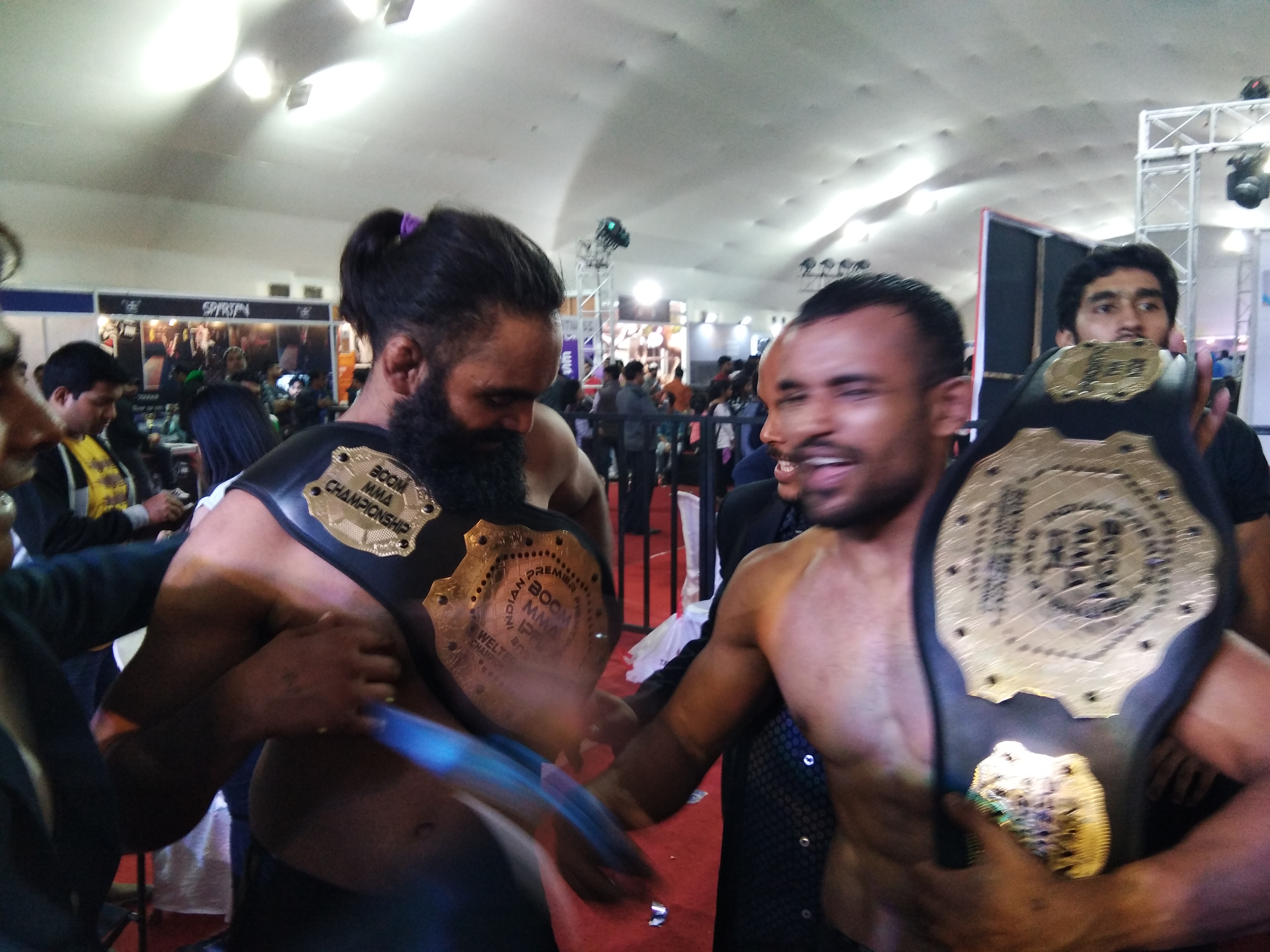 admin
- Advertisement -
Boom MMA  took place at Fitexpo 2017  in Science City, Kolkata on 25th & 26th of November 2017
Main Event :-
Ateet finally dethroned Anastasius and won the bantamweight title and they are now tied at a fight a piece and Boom MMA is looking to set up a trilogy fight. Ateet tapped Anastasius out in Round 2.
Co-Main Event:-
Jujhar Dillhon tapped out Omid Azmi from Afghanistan in the very first round via RNC.
Main Card :
In the women’s fight Rashi Sinde defeated Sebonti Paul in the very first round via armbar
Baryalai Afghan def Rahmat Sunny ( Bangladesh)  via KO in 1st Round
Preeti Singh def Harshita in the 1st round via TKO
Mridul def Renalius via Arm bar in round 1
Parves Habib def Gobindo in Round 2 via tko
Sameer def Sahil Kabir
Sahil Akram def Ashan Khan via RNC
Premilinary Card:-
Utshob Mitra def attaullah in Round 1 via RNC
Aristone def Nyke via TKO
Rohan Derber def Elbin in Round 1
CM Namchoom def Dibakar
Avinash Balmiki def Gourav Lama in round 1
Motirul Rahman def Imran in 1st round via KO
Rinku Das def Subroto Das via tko
Ishan Das def Pappu in Round 1
Anupam def Pranjal
Ritesh Paswan def Abhisehek in round 1