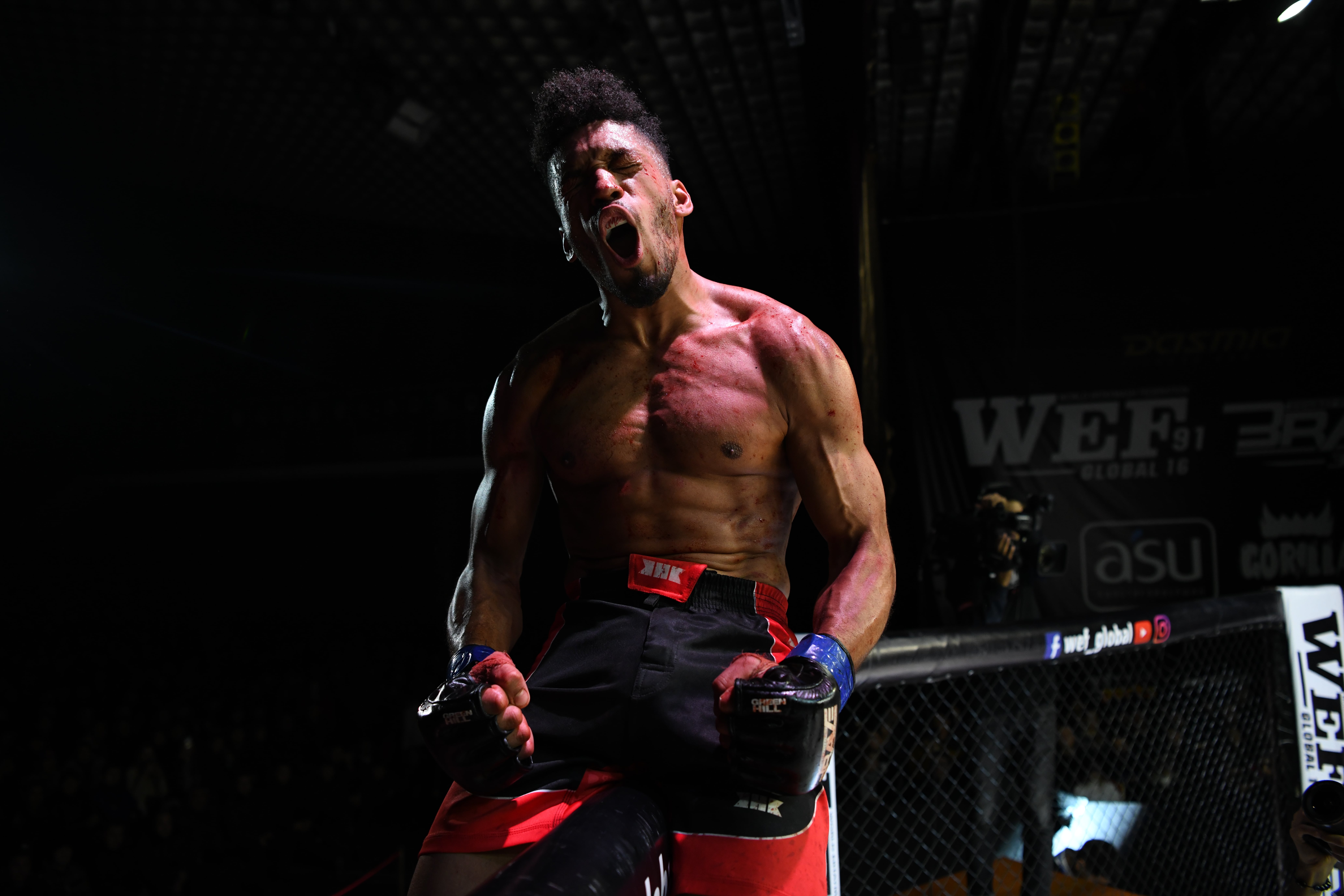 Carl Booth looked nothing like a fighter who had been away from MMA for a year. At BRAVE CF 32, which took place in Bishkek, Kyrgyzstan the Englishman used all of his striking techniques to dominate a game Hayder Hassan, extend his winning streak and call out reigning world champion Jarrah Al-Selawe, who’s 1-1 with him in two bouts. BRAVE CF 32 was held in a partnership with leading local promotion WEF Global.

“The Bomber” showcased a truly complete game, making sure he was always on his own distance, denying Hassan’s takedown attempts, and scoring with several types of kicks, hard hooks to the body and stiffing jabs – one of which seemed to break Hayder’s nose in the first five minutes of battle. 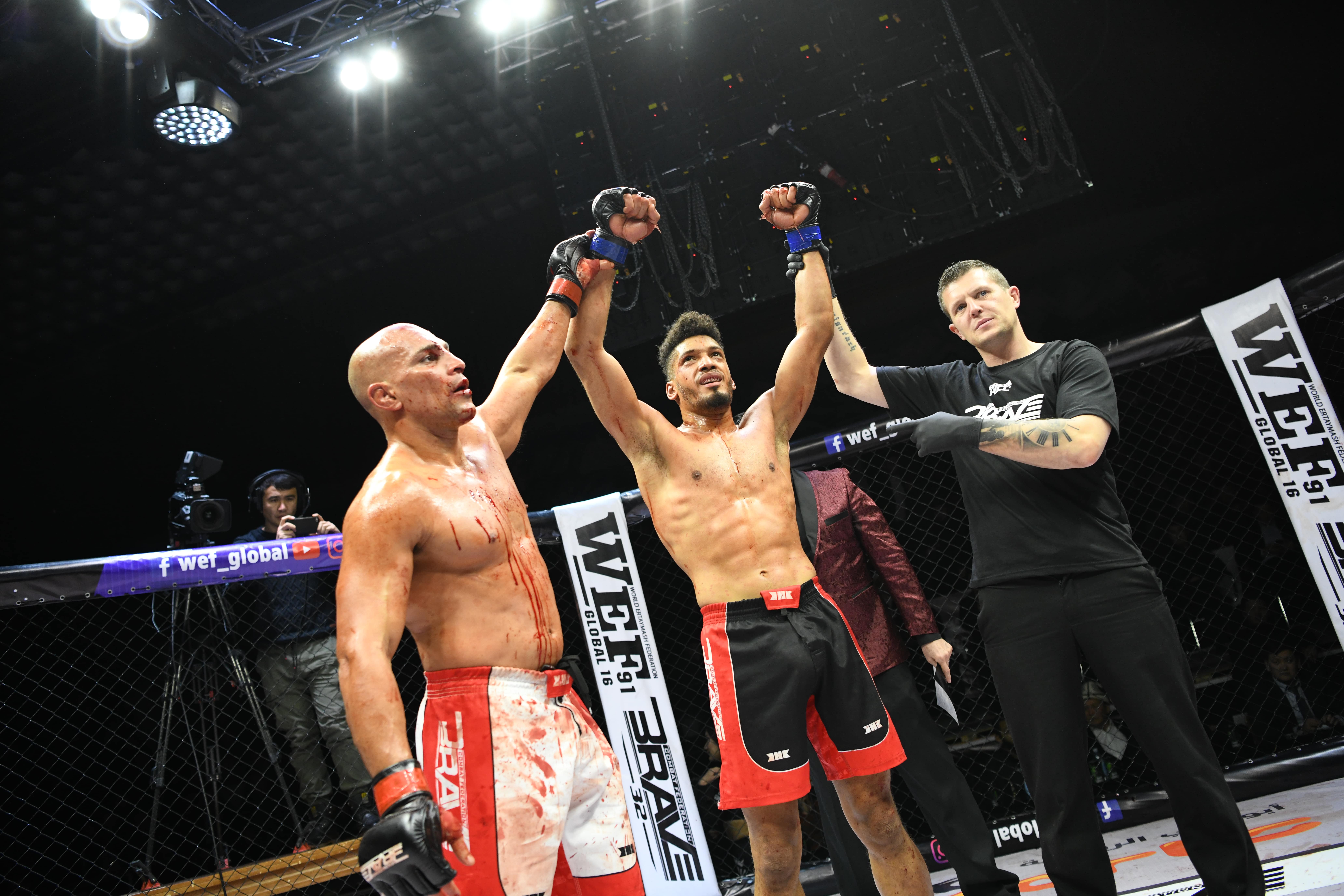 Hassan soldiered on and tried to make it a brawl, but Booth maintained his composure, scoring at will with several tough shots, including uppercuts and various hooks to the body which slowed Hayder down in the later rounds.
After the fight, Booth spoke in front of a sold-out crowd about his wishes of facing Jarrah Al-Selawe in London, as they have forged a long-standing rivalry, with two bouts already taking place between them, with one victory apiece.
In the co-main event, a violent victory for Kyrgyzstan, as Abdysalam Kubanychiev knocked out João Paulo Rodrigues with vicious strikes after the Brazilian tried to go for a kneebar inside the first round.
In the main card opening, Daniel “Willycat” Santos impressed in his debut as he scored a quick submission victory, snatching an armbar against Nizambek Zhunus.
BRAVE CF 32 Results
Welterweight: Carl Booth def. Hayder Hassan via unanimous decision
Super Lightweight: Abdysalam Kubanychiev def. João Paulo Rodrigues via TKO – Round 1
Featherweight: Akhmed Shervaniev def. Arturo Chavez via unanimous decision
Light Heavyweight: Bogdan Guskov def. Nurlan Toktobakiev via TKO – Round 3
Bantamweight: Daniel “Willycat” Santos def. Nizambek Zhunus via submission (armbar) – Round 1