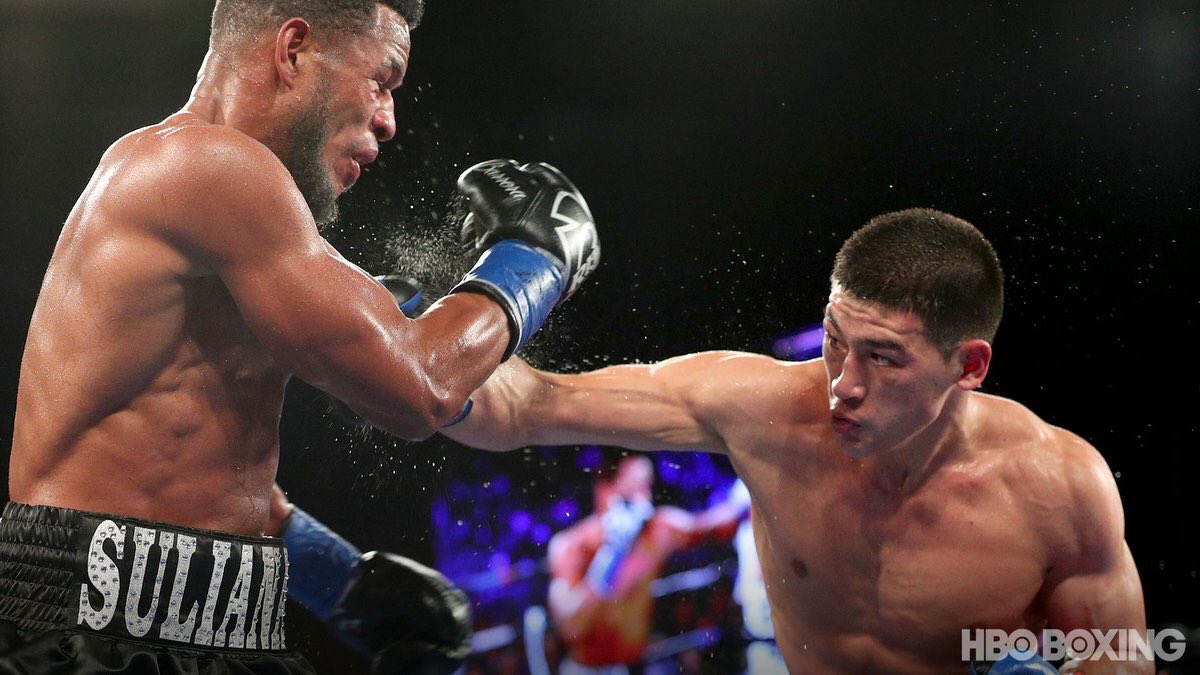 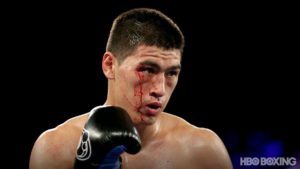 In the co-main event from The Theater at Madison Square Garden Dmitry Bivol (13-0,11KOs) put his WBA Light Heavyweight Title on the line against Sullivan Barrera (21-2,14KOs). In the first round both men came out pumping the jab but it was Bivol landing a combination right before the round ended that seemed to give him the round.The second round saw both guys trying to land shots and Bivol landing the sharper combination, however, Barrera seemed to be getting closer and closer just missing a couple of big shots. In the third round Bivol was landing the cleaner and harder shots, there was also a clash of heads that seemed to have affected Barrera.In the fourth round, Bivol was able to take control by hitting Barrera with a big left hook and straight that seemed too stunned Barrera. The fifth round was more of the same with Bivol finding a home for his right while Barrera struggled to find his offense.In the sixth the trend continued with Bivol landing the bigger and harder punches, constantly beating Barrera to the punch. By the seventh it was apparent the Bivol was the sharper fighter constantly landing an overhand right on Barrera. To his credit, Barrera kept coming forward but just seemed to always be a step behind.The eighth round was more of the Bivol show as he hurt Barrera landing some big combinations that seemed to hurt Barrera. By the ninth round, Bivol seemed to be in control and Barrera just seemed completely off his game.

Barrera kept coming forward giving effort but seemed unable to get himself going. In the last few rounds, it was Bivol stepping up the pressure trying to get a very tough Barrera out of there and he did in the final round, landing a beautiful combination. As Bivol gets the knockout victory to retain his WBA Super Light Heavyweight Title in what was an impressive showing for Bivol. One can wonder what’s next for the champion?