Boxing: Aaron McKenna improves his professional record to 4-0 in California 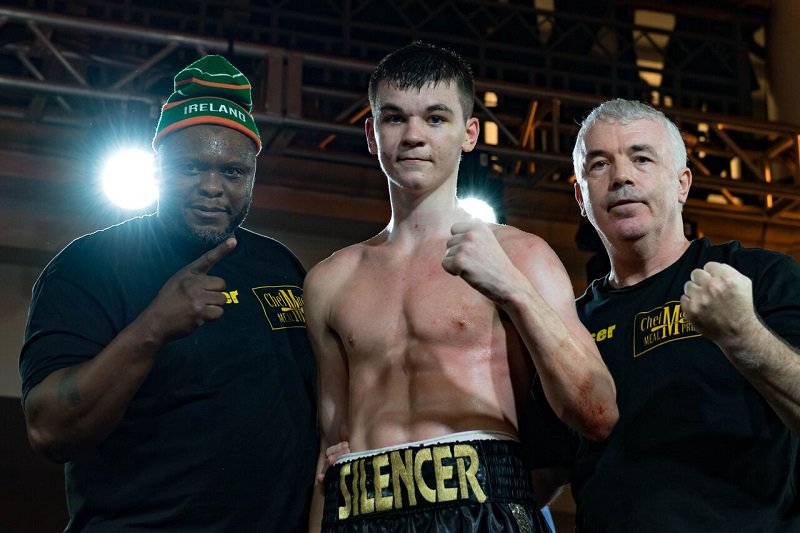 Aaron McKenna’s impressive rise continued in California in the early hours of Thursday morning as he earned a TKO victory against American opponent Darel Harris. The Monaghan Boxer, McKenna 18-year-old welterweight only made his pro debut five months ago but he made it four wins from four in Santa Monica.

He was never troubled against Harris, who was overwhelmed from the off and finally succumbed in the third after McKenna opened up a cut which forced the referee to step in.

“When I saw the blood, I wanted to go after him even more,” said Aaron McKenna. “Though I thought I was going to stop him in the next round, it was a good learning experience.”

‘The Silencer’ fights out of the Golden Boy stable under the guidance of former world champion Oscar De La Hoya.

Five weeks ago he knocked out Keasen Freeman in California, that success coming only three weeks after his second win in the paid ranks – another first-round knock-out against Jose Palacios.

The Santa Monica-based boxer will go straight back into camp with coach Courage Tshabalala alongside his brother Stevie ahead of his next date, with Golden Boy wanting McKenna to fight at least five more times this year.

Previous articleUFC: Dana White gives an update on the status of Conor McGregor
Next articleBoxing: Regis Prograis vs Juan Velasco set for July 14 in New Orleans