Boxing: Adam Booth saysDavid Haye shouldn’t have been in the ring with Tony Bellew 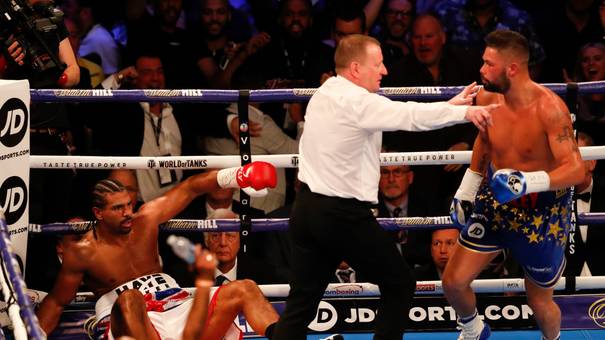 David Haye suffered a fifth-round stoppage at The O2 Arena last Saturday putting questions over his future in the sport. For the second time, he was stopped by a technically superior Tony Bellew and now 37-years-old, it is hard to see where he goes from here. Haye is a former World Title holder but looked a shadow of that on the weekend. He demonstrated an inability to avoid Bellew’s straight shots and looked to trade with a shorter boxer. A man who helped him win those world titles is his former trainer Adam Booth, the current trainer for Michael Conlan and Ryan Burnett. As far as Booth is concerned, Haye should not have been in the ring in the first place 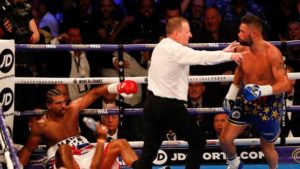 He told Sky Sports that Haye “made the wrong choice and paid the ultimate price.”

I don’t know how he is physically, but technically he made some big mistakes and let Tony trade with him. You don’t hook with a hooker, if you’re not a hooker, and David is a jab and straight right-hand puncher.

A revenge win for Haye could have set up a decisive third fight with Bellew, but the Merseysider already has one eye on a ‘megastar’ showdown next.

Tyson Fury and currently retired Andre Ward have been linked with Bellew, and Booth believes this latest win for ‘The Bomber’ proves he belongs with the big names.

“He was very careful and smart early on,” he said. “He was badly buzzed in the second round, styled it out, then used his legs to control the distance, and when he had a chance to trade with David, he traded with him – and came off better.

“He deserves every accolade he gets. I hope he gets a big-money fight next. Whatever it is next, Tony is a draw and whoever is in the other corner, Tony is the draw.”