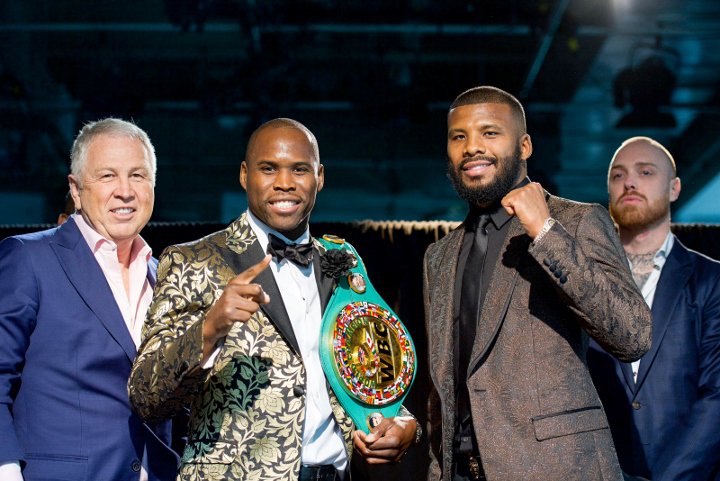 The big bouts keep rolling into the middle of May with a real cracker up next. WBC light heavyweight boss Adonis “Superman” Stevenson takes on double division champ Badou Jack “The Ripper” Saturday night in Toronto. A top rate match of elite combatants. With pyrotechnics more than possible. Here we take a look at the numbers. For Stevenson (29-1, 24 KOs) it all begins and ends with that wrecking ball of a left hand. As destructive as anything currently seen in the professional ranks. Much of his offensive strategy is predicated on landing this devastating blow. A fine ability to judge distance and control range at which he will engage both aid greatly in that regard. Along with subtle tricks used to elicit some type of reaction helping him create a path of destruction. The Haitian-born Quebec native also has demonstrated an uncommon durability which is another key to his tremendous success. All those elements combine and make him a one man demolition crew. 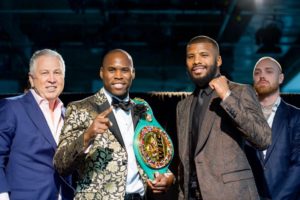 Jack (22-1-2, 13 KOs) is a force to be reckoned with as well. A supremely skilled boxer-puncher surging right now. The Ripper is a calculating engineer of the sweet science, showing excellent diversity in his offense. Plus very nuanced with approach to movement and positioning. Quite adept operating at close quarters. Mixing off speed stuff effectively to keep opponents additionally off guard. Such qualities merged altogether form a championship caliber fighter.

As for the vital statistics, Jack stands 6’1 which gives him a two inch advantage. That is offset by Stevenson’s 77” reach, a 4 inch edge there. Age may be the most important figure as Jack is a full 6 years younger than the 40 year old Stevenson. Rarefied air for a world titlist. An extreme outlier to be sure. Jack the orthodox technician and Stevenson a smashing southpaw.

Aside from the curse of age, Stevenson has been plagued by inactivity the last few years. Beyond that Jack has faced far superior competition as of late. Originally from Stockholm, Sweden, the Ripper travels on business to Canada for the first time here. After the Las Vegas resident plied a great majority of his trade in the States. To wit: Does Father Time finally tug on Superman’s cape? Is Jack perhaps better suited to perform at this weight?

In a strategic vein, Jack must remain disciplined and avoid the big shots early. The challenger’s chances should rise incrementally as he clocks past critical opening rounds. If he can stick with an excellent body attack that will augment his efforts to wear Stevenson down. Recently showing a tendency to get lackadaisical at certain points, Jack will have to stay assertive hoping to keep a verdict out of the judges’ hands.