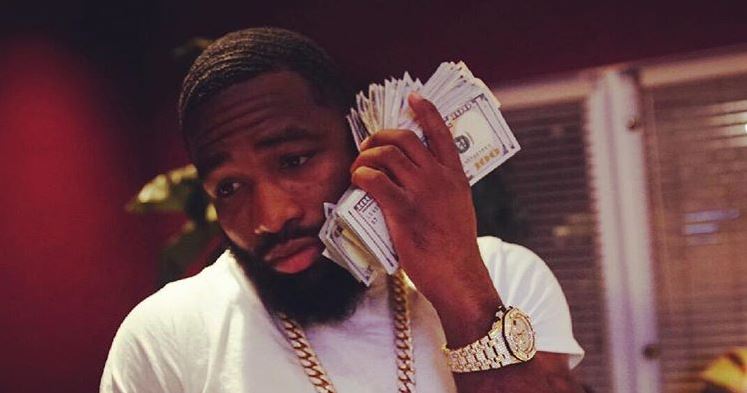 Armed with a war chest of cash and a streaming platform that are guaranteeing him dates for sixteen shows a year in America – now it’s up to Eddie Hearn to deliver and sign some fighters and generate subscribers for the new platform (Da-Zone). The first big name fighter he appears to have made a move for his Adrien ‘The Problem’ Broner who currently fights on Showtime and is part of the Premier Boxing Champions series. Broner who is managed by Al Haymon, (who Hearn took a shot at today here) has detailed what the offer by Hearn exactly was:

The use of the term ‘slave deal’ by Broner above seems a bit strong. Considering the three fights in a guaranteed twelve month period would generate $6.75 million for his purses alone – not including sponsorship.

Then again, perhaps Broner is thinking to himself if he can win a meaningful fight next up that he might be able to somehow land a large pay per view fight against someone that would trump the above.

But it’s hard to see against who.

Broner has fought three times in the last two years in total with one split decision victory, a loss and a draw in his last fight that outcomes of the bouts for the 28-year-old.

Broner, who is winless in his previous two fights, shared an image on his social media accounts alleging to have received an offer to sign with Hearn’s recently-established Matchroom US.

The email screenshot reads: “Further to our recent conversations, you may have seen our announcement last week for our new deal for 16 shows per year in the US.

“I would be very interested to offer Adrien a three-fight promotional agreement as follows:

“This will give AB security and also a concrete schedule to work from. Three fights in 12 months!

“I will await your feedback and am here to answer any questions you have.”