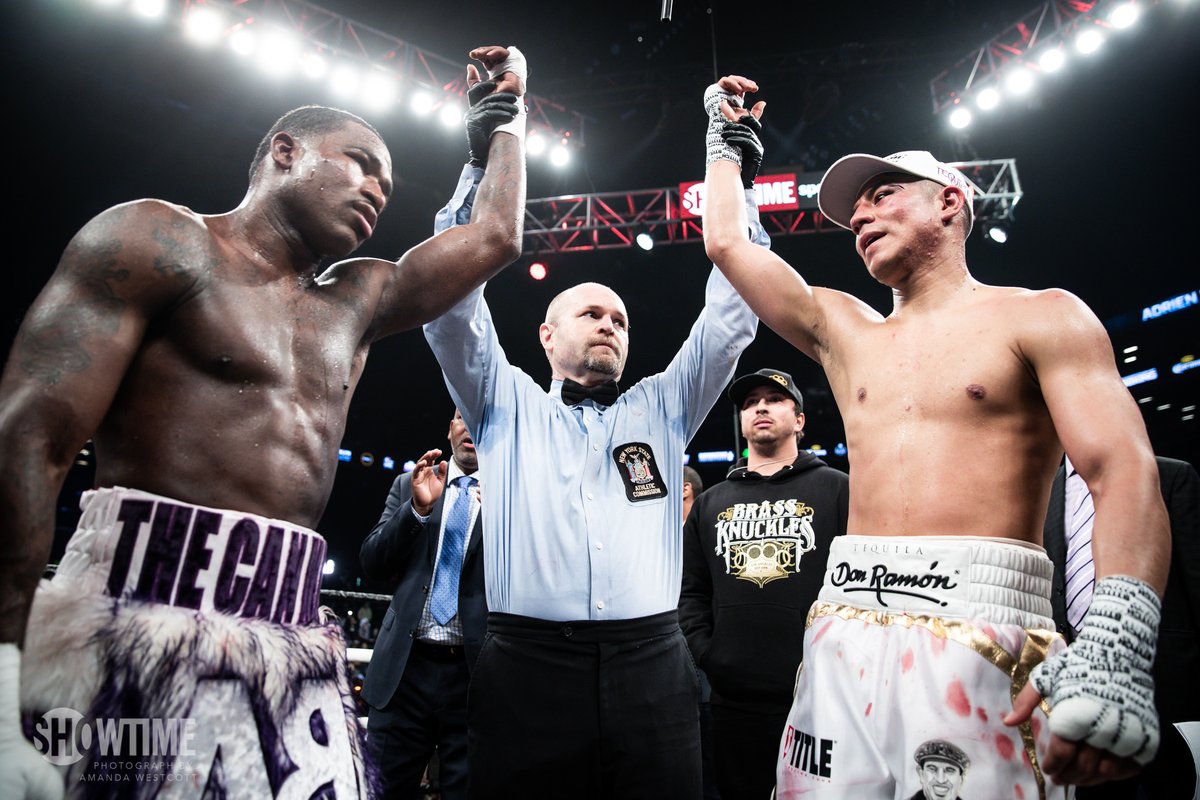 Adrien Broner (33-3-1-1NC,24KO’s) took on Jessie Vargas (28-2-1,10KO’s) tonight in the main event on Showtime live from the Barclays Center in Brooklyn, NY. The bout took place at a catchweight of 144lbs. Vargas started out fast using his jab while controlling distance. Both men spent a lot of time smiling and trash talking, as it was Vargas with a very high output in the round. In the second round Vargas came out throwing combinations hitting Broner to the head and the body. 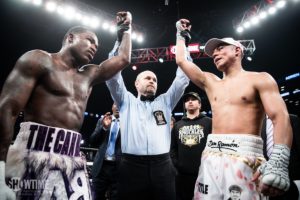 Vargas started to do some really good work downstairs in the third, with both men exchanging punches to end the round. Broner just wasn’t letting his hands go enough. His new trainer Kevin Cunningham was pleading in between rounds for him to do so.

Vargas maintained the high pace through the fifth round as Broner finally started to come forward and letting his hands go a little more. Broner started to close the distance by the sixth round but just wasn’t working enough, however he had his moments.

Broner was able to tag Vargas with some good precise punches towards the end of the seventh. It was a turning into a back and forth fight with both exchanging punches throughout.

Broner found a home for his lead right hand in the eighth round landing it on Vargas almost at will. He had a huge round on the ninth hitting Vargas with some clean power shots, as both men went back and forth. Broner had success throughout the fight when he came forward and let his hands go.

Vargas best moments came when he used his jab. Both men did some good work on the inside throughout the back end of the fight. Broner made a fight and Vargas was game himself. The fight ended at a high pace with both men exchanging punches.

It was a good close fight with both fighter’s doing their fair share of good work which lead to some exciting moments. Ultimately the judges scored the contest a draw (115–113 Broner & 114-114 2X).