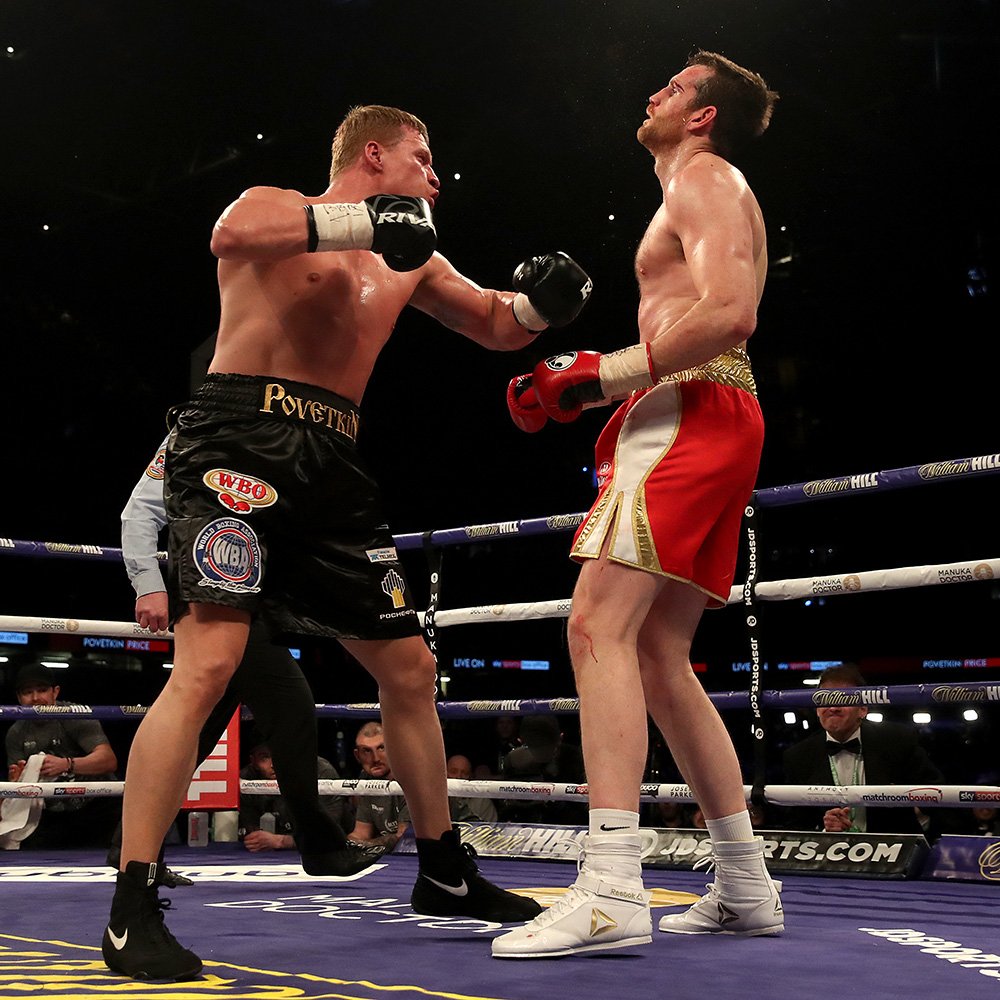 Liverpool heavyweight David Price’s dream opportunity ended in a fifth-round knockout defeat against Alexander Povetkin at the Principality Stadium.The WBA inter-continental clash went Povetkin’s way as he finished it with a devastating right and left-hand combination, sending Price crashing to the floor.

It was Povetkin’s 34th victory in 35 fights, and as the WBA mandatory challenger, he now looks set to fight Anthony Joshua or Joseph Parker. 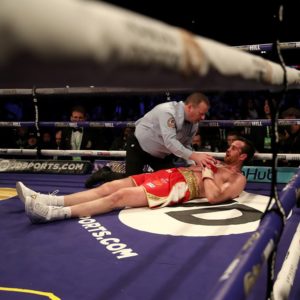 Price, 34, had targeted what he termed a life-changing victory by toppling Povetkin.

It had started so encouragingly for the popular Scouser. After weathering Povetkin’s early storm, he caught the Russian with a right hook at the very end of the first round, which wobbled the former champion.

But Povetkin was quick to recover, getting the better of his opponent in the second before making clear his brutal power in the third. A huge right hook caught Price flush, with the Scouser beating the canvas in frustration as he took an eight count.

Povetkin, though, was the clear favorite to win, and he ultimately delivered, even if Price gave it everything.Price made a confident start, absorbing a couple of shots from Povetkin before landing two of his own, with the second one clearly ruffling the Russian.

After getting back to his feet Price bravely fought back, immediately regaining his composure and landing a tremendous left hook at the end of the round which sent Povetkin sprawling back into the turnbuckle. But again the shot landed too late: Povetkin survived to hear the bell and was able to regroup in the fourth, which he shaded thanks to a series of punishing shots to the body.

A brutal-two punch combination left the Liverpool favourite needing medical treatment. An overhand right rendered him standing but barely conscious. As his opponent stood motionless, with his hands down, the Russian ended the fight with a chilling left hook.