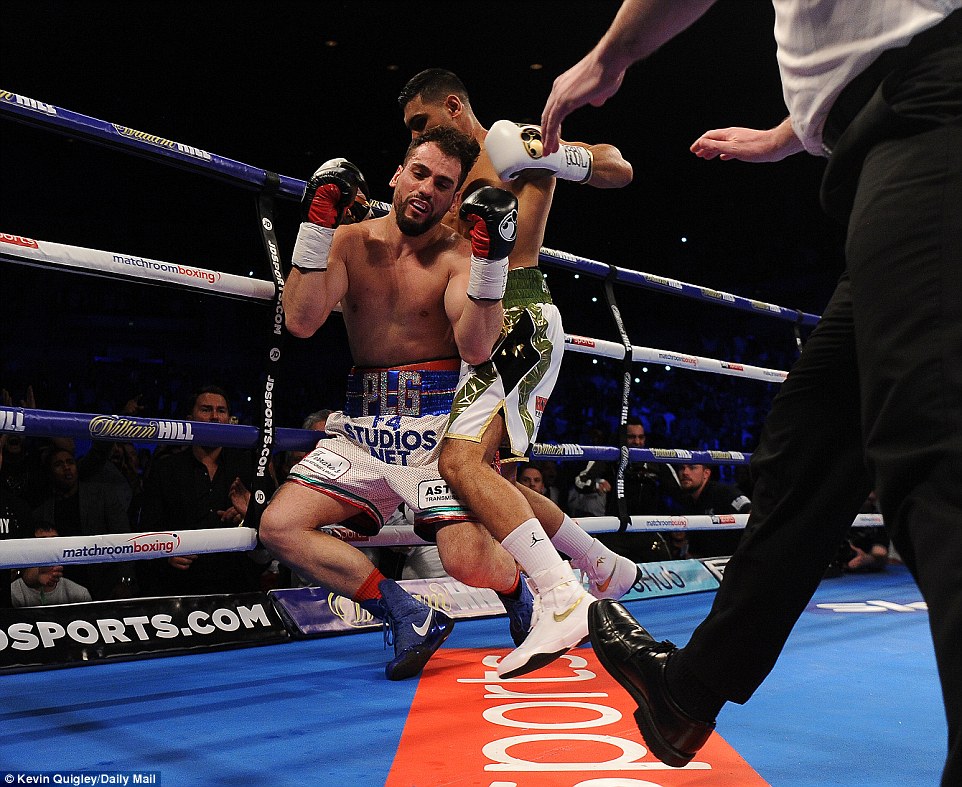 Amir Khan returned to box in the UK after 5 years and received tremendous support from the British public as he sold out 9000 tickets for his homecoming fight enjoyed a brilliant return to the boxing ring, knocking out Phil Lo Greco inside 40 seconds at Liverpool’s Echo Arena. Fought at a catch-weight of 150-pounds, Lo Greco was knocked to the canvas after just 18 seconds but got back up quickly. However, just moments later, the Italian Sensation was down once again and was defeated in the first round. Khan battered him into submission. 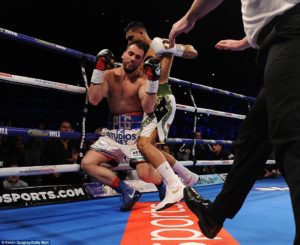 Khan started brilliantly. An opening salvo was followed by a right which floored the Canadian. No sooner did Lo Greco stagger to his feet than Khan battered him into submission. It was the most sensational return imaginable.

The contest was the first for Khan in two years, after dealing with personal issue and rehabilitation for surgery on his hand.

He was last seen in action back in May of 2016, when he was knocked out cold in the sixth round, at a catch-weight of 155-pounds, by then WBC middleweight champion Saul “Canelo” Alvarez.