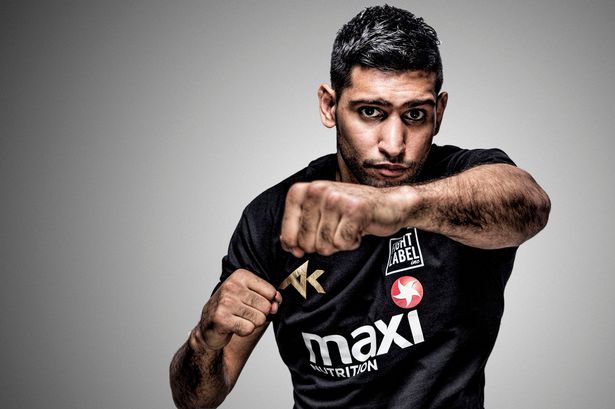 Amir Khan returns to the UK for the first time in five years on Saturday when he takes on Phil Lo Greco at the ECHO Arena. Khan’s new promoter Eddie Hearn couldn’t possibly be happier either since the event is officially sold out!. The card is appropriately titled ‘Back to Business’ as this will not only mark Khan’s return to the country he represented in the Olympics but also will be his first time in a ring period since getting all but flatlined by Saul ‘Canelo’ Alvarez in May 2016. The bout against Lo Greco is set to be contested at a catchweight of 150lbs over 12 rounds. 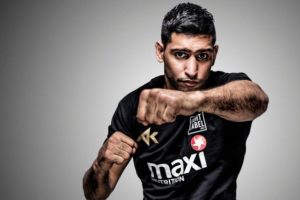 Hearn expressed his delight that Khan’s return has attracted such a big following;

“It’s been a while since we’ve sold a show in Liverpool as well as this one and I think it shows how big a star Amir still is in British boxing that he has sold 9,000 tickets for his comeback fight,” Hearn told Boxing Scene.

“The Liverpool public have, as always, done themselves proud ahead of a great night of boxing in one of the best fight cities in the UK this weekend.

“I got that beautiful phone call from the ECHO Arena late on Wednesday night to tell us we’re completely sold out. We’ll have a full house in to witness the return of Amir Khan, one of the all-time British greats who is fighting back in the UK for the first time in five years and I’m so excited to be putting on the fight, but not just that, the great supporting cast.

“There is some great young talent on the undercard and championship fights, too, and to be back in Liverpool is brilliant.

“Amir Khan is still a huge star and that has shown, but there are opportunities on this card for some of the young local fighters to become stars and push on towards title level.”

While Khan has been out for a bit and should show a little rust, it’s not expected for him to have much trouble with Lo Greco. Khan is using a temporary trainer in Joe Goosen, due to Virgil Hunter having some recent medical issues in which he was hospitalized and expected to be out for a little while.

Goosen, who has worked with the likes of Diego Corrales, definitely brings a different feel and preferred style but Khan is simply much better naturally than the Canadian that it shouldn’t make a difference honestly. It’s what’s next for Khan that’s got his legion of fans excited.