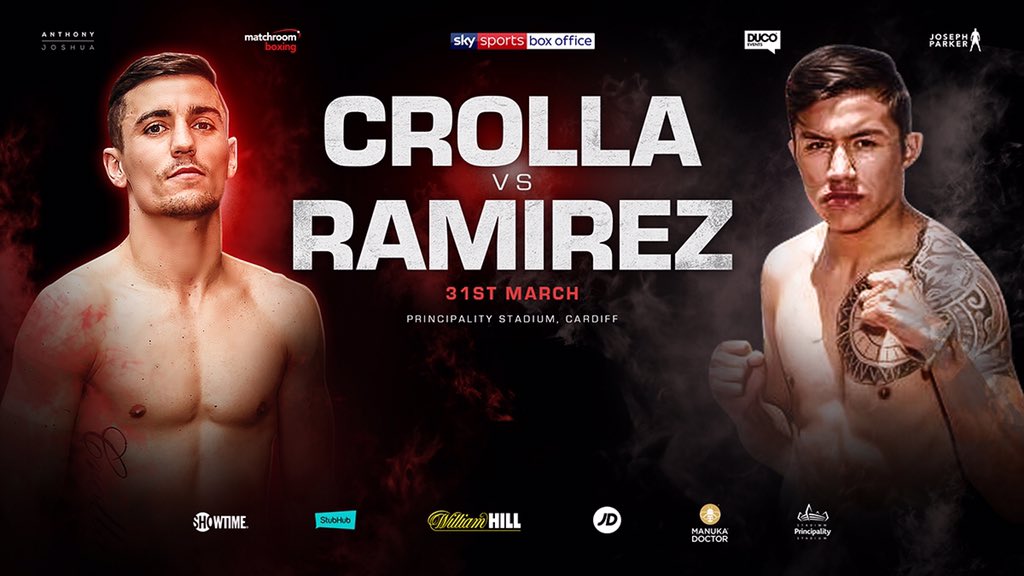 Anthony Crolla’s road to becoming a two-time World Lightweight champion will resume on March 31 when he faces Edson Ramirez at Principality Stadium in Cardiff, live on Sky Sports Box Office.Crolla is back in action following his win over three-weight king Ricky Burns in Manchester in October and now the 31-year-old faces Mexican Ramirez, unbeaten in 18 fights, as he takes the first steps on a path he hopes leads to a shot at a belt at 135lbs. 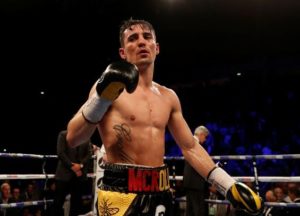 In an interview to Sky Sports,Crolla added,”Eddie and I met recently and we outlined a plan to get back to World titles and Cardiff is the first fight in that plan,I need to get out there and get another win and then we can look for a big fight in the summer. It’s a great platform, there’s no bigger event to be on and I’m really excited to go to Cardiff. I’m always mixing at the top level so I want a test and Ramirez will be well up for it.We’ve had rough talks about a lot of fights. Luke Campbell and I both want to fight for World titles and I don’t think either of us would have a problem in fighting the other, but the ultimate goal for us both is to win a World title. We’re one and two in Britain so it makes sense so we’ll see what happens down the line, I’m not targeting anyone in particular, I just want a World title shot – I’ll take on any of the champions and go anywhere to do it. Ricky is a great fighter, he’s achieved so much in the sport so it was a big win for me to prove that I’ve still got a lot left to give. I knew if I’d lost to Ricky it would have been a long way back so winning was huge for me and it’s given me a boost ahead of a really important year.”

Crolla’s clash with Ramirez is part of a huge night of action in Cardiff as Anthony Joshua and Joseph Parker meet in a World Heavyweight unification blockbuster.

Previous articleMMA India’s WWE Raw Roundup: 19/3/2018
Next articleBoxing: Sadam Ali to defend his World title against Liam Smith on May 12