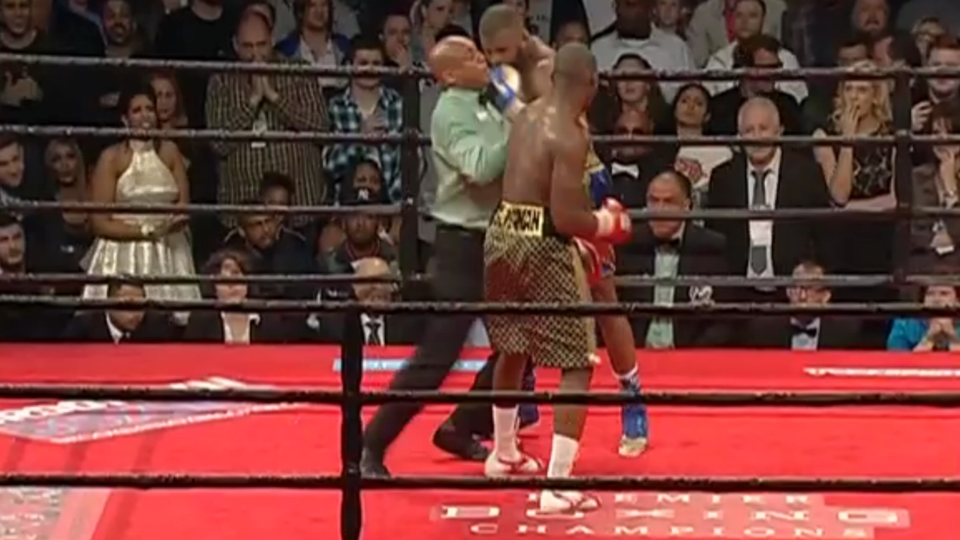 Adonis Stevenson and Badou Jack played out an entertaining WBC light-heavyweight title fight in Toronto last sunday but it was referee John Lewis’s entrance into the bout that caused the most amusement to the crowd in attendance. During Stevenson’s defense of his WBC belt, two jaded fighters gave their all and in the twelfth round, with things looking close on the cards, the pair clinched in the middle of the ring.

Referee Lewis stepped in to separate the pair and received a big left hook to the face from Jack for his troubles. Now, that would send most of us for a snooze but Lewis gathered his composure, checked his face for blood and then waved the fighters back into battle with a smile. 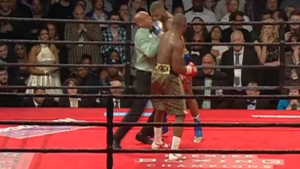 Both men were open to the prospect of a rematch in the aftermath of the fight, with the belt-holder claiming a win on the night.

“He slowed down, I kept pressuring, moving and was slick. I touched him more. I thought I won this fight.

“He’s slick. Badou is a two-time world champion and a good fighter.”

Not to be outdone, the challenger Jack though he’d done enough to get himself some silverware.

“I thought I definitely won the fight – no judge had him winning,” he said.

“I can’t do anything about it. He didn’t really hit me. Nothing happened, it is what it is. Let’s do a rematch.”