Boxing: Billy Joe Saunders vs Martin Murray fight is OFF 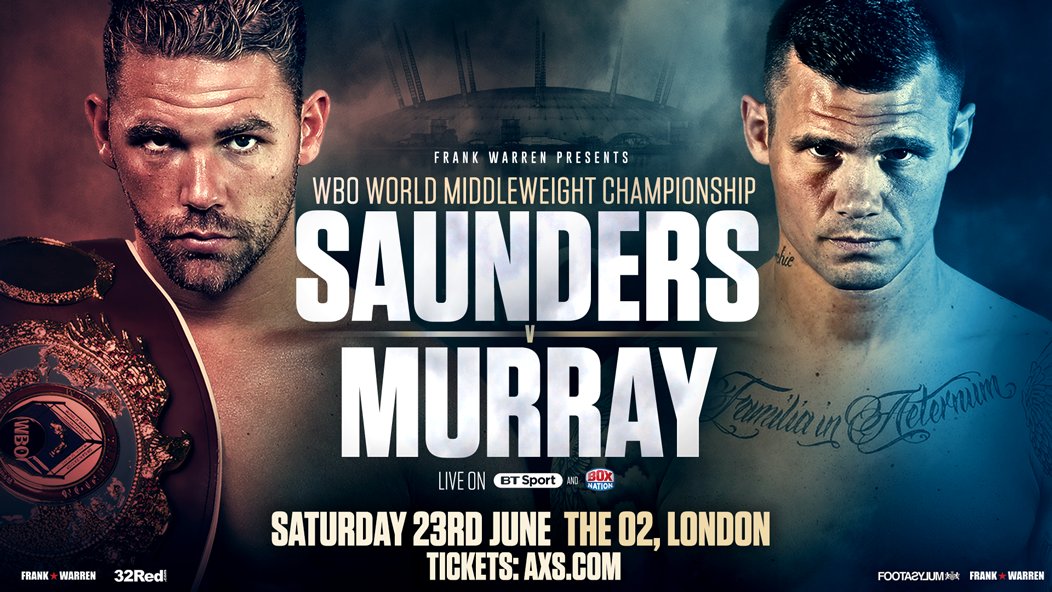 WBO middleweight titlist Billy Joe Saunders has once again pulled out of his bout with Martin Murray. Saunders seems to have suffered an injury, rumor has it that it’s a hamstring injury. It’s the second time Saunders has pulled out of this bout, as they were originally scheduled to fight back in April. A hand injury derailed that date and it was pushed back to June 23rd. Saunders who was last seen in the ring dominating Lemieux has been plagued by injuries in camp as of late.

No official word has come down as of yet whether or not they will have another makeup date. Perhaps the bout will now be canceled altogether. It’s a tough break for the champion as he is eager to get in the ring to showcase his skills.

With negotiations between the suspended Saul “Canelo” Alvarez and Gennady Golovkin in shambles at the moment. Saunders has been a name for a possible replacement for Golovkin by Canelo’s promoter Oscar De La Hoya. 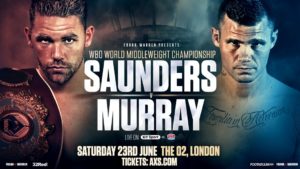 Golovkin and his team feel like they deserve a bigger split than what they previously agreed to. However, Saunders went on social media and seemed to imply that De La Hoya is just all talk and is not serious about making the bout.

For Murray it’s another tough break as he is closer to the end than the beginning of his career. He has voiced his displeasure with the cancellation of the bout through social media. He use a few expletives to describe exactly how he feels.

Saunders on the other hand has options should they choose not to persue the Murray bout anymore. They can explore an Alvarez bout for September. If that bout doesn’t come into fruition then Saunders can take a stay busy bout and try to set up a bout with Golovkin to determine an undisputed middleweight champion later in the year.

Golovkin has obligations if he can’t workout a deal in the Alvarez bout, as the IBF has mandated he face Sergiy Derevyanchenko before September. Golovkin has appealed that decision but can possibly skip the bout if he faces the other champion in the division in Saunders.