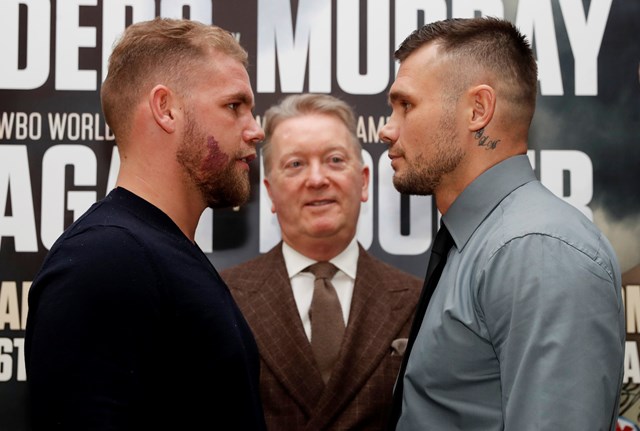 WBO Middleweight World Champion Billy Joe Saunders has suffered an injury to his hand that has scuppered his plans to defend his title against Martin Murray on Saturday 14th April at The 02 in London.Saunders, who suffered his injury during a training session, is devastated that he will not be fit to box on April 14th as he was looking forward to producing another masterclass after his career-best performance against David Lemieux at the Place Bell in Laval, Canada in December. 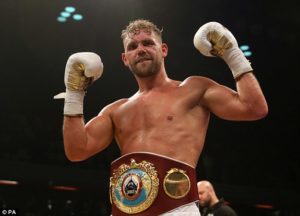 He will now make the fourth defense of his WBO crown against Murray at The 02 on Saturday 23rd June, topping an action-packed card that features Anthony Yarde, Daniel Dubois, Ohara Davies and a host of other exciting match-ups.

“I’m gutted for Martin and I’m gutted for the fans,” said Saunders. “I felt my hand go during a session this week and sought medical advice immediately. Unfortunately, I’ve been told that I can’t punch anything for four weeks so we’ve been left with no choice but to withdraw from the date.

“I’d like to thank my promoter Frank Warren for quickly sorting a new date for the fight. My trainer Dominic Ingle will make sure that I’m fit and prepared to put on another show on June 23rd.

“This is an extremely tough sport and these things can happen. It is vital that I’m firing on all cylinders heading into this fight but for now it’s all about recovering properly and focusing on the new June 23rd date.”

“It is extremely frustrating as tickets were going very well and we were all geared up for a fantastic evening of boxing on April 14th,” said promoter Frank Warren. “I apologize to all of the fans that have bought tickets for the April 14th date but all original tickets will be valid for the new June 23rd date.

“We are also working on a new date for the WBO Super-Lightweight World Title fight between Terry Flanagan and Maurice Hooker. I am speaking with Hooker’s representative Dino Duva and we will be making an announcement this week on where and when this fight takes place.

“It is not straightforward as this is an ordered fight for a Vacant Title but we are working hard to get everything sorted and our priority is to secure Terry his chance to become a Two Weight World Champion”.