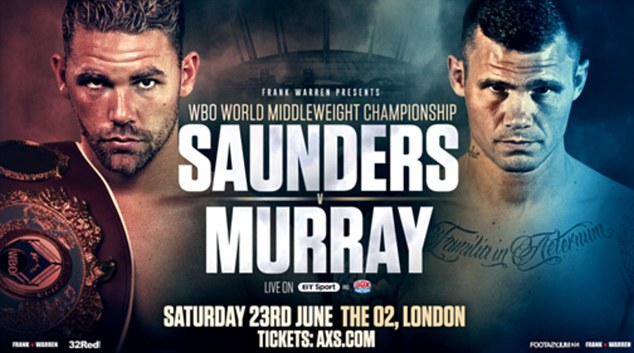 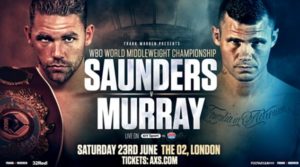 Frank Warren, Saunders’ promoter, is very appreciative of the opportunity and platform that will allow his fighter to showcase his skills to the American audience, had this to say.

“I’m delighted that the WBO middleweight world title showdown between Billy Joe Saunders and Martin Murray will be shown live in the United States on ESPN+,” said Frank Warren, the event’s promoter. “I’d like to thank Bob Arum and Todd duBoef of Top Rank for making this happen. There’s a lot on the line for Billy Joe and Martin and I’m predicting a brilliant fight for the fans. This is a brilliant opportunity for our young guns Daniel Dubois and Anthony Yarde to showcase their skills to the American audience.”

This will be Saunders fourth defense of his WBO middleweight title. A win here and Saunders hopes of securing a showdown with unified champion Gennady Golovkin could be right around the corner or a mega-money fight against Mexican superstar Saul ‘Canelo’ Alvarez.

Previous articleBoxing: Manny Pacquiao vs Lucas Matthysse to be live on Pay-Per-View
Next articleUFC: Nate Diaz responds to rumours of UFC 227 fight against Georges St-Pierre, claims GSP was on steroids before he fought his brother Nick Diaz