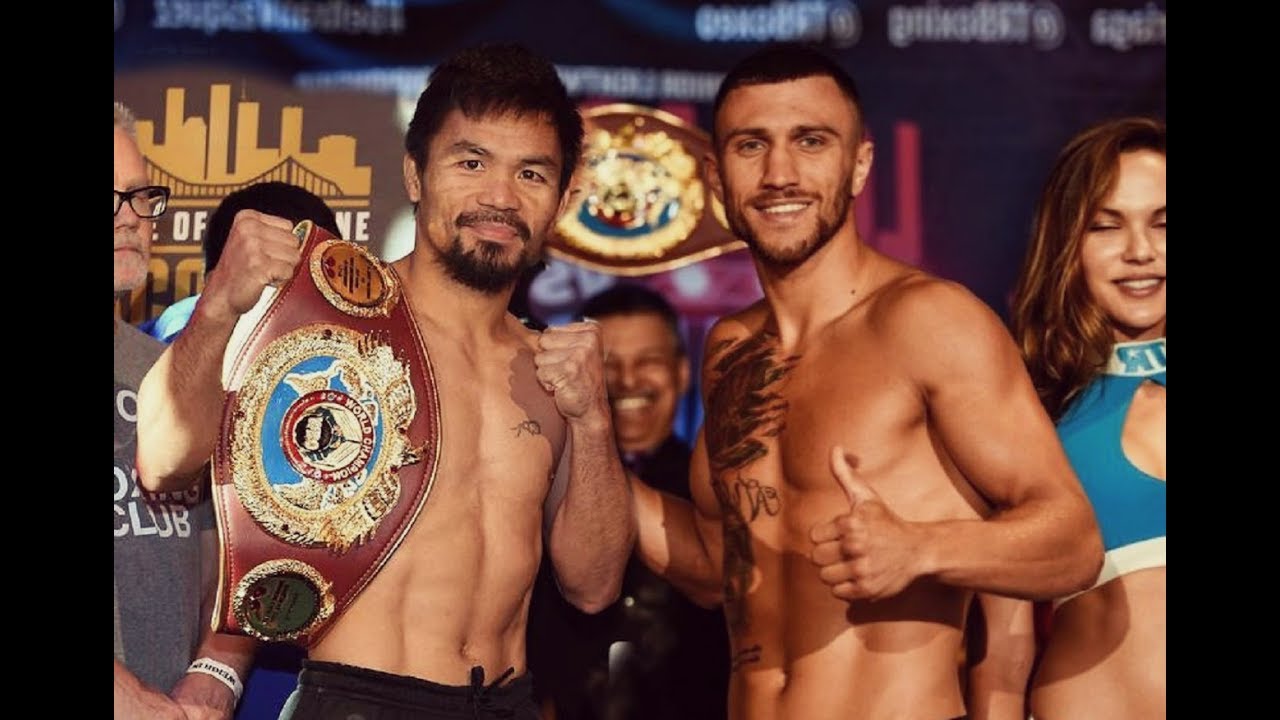 According to Bob Arum, Manny Pacquiao has told him that he has absolutely no interest in fighting Terence “Bud” Crawford. Arum stated that Pacquaio is very much interested in fighting WBA lightweight titlist Vasyl Lomachenko at the lightweight limit of 135 lbs.

Pacquiao will be facing Lucas Matthysse for the WBA “regular” Welterweight Title in July. It’s a weird turn of events as one would think a fight between Pacquiao and Lomachenko would take place at a catchweight. 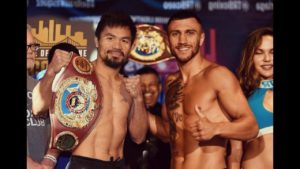 Pacquiao hasn’t fought at lightweight in over a decade and has been campaigning at welterweight since 2009. No one can get in their mind as to why Pacquiao would want this fight as the legend has nothing left to prove.

Lomachenko was first slated to step back in the ring in August but a shoulder injury he suffered in the second round of his bout with Jorge Linares has derailed those plans. We will not see Lomachenko back in the ring till December.

The rumors have been going on for awhile that these two will meet in the ring. A fight that when it first came up Lomachenko and his team said publicly they weren’t interested. Since then they have softened on that stance but one has to wonder has the injury stopped the bout for coming into fruition.

Pacquiao must also get pass Lucas Matthysse before he even thinks about what next. When he steps in the ring with Matthysse it will be his first bout since July of last year, when he lost to WBO welterweight titlist Jeff Horn.