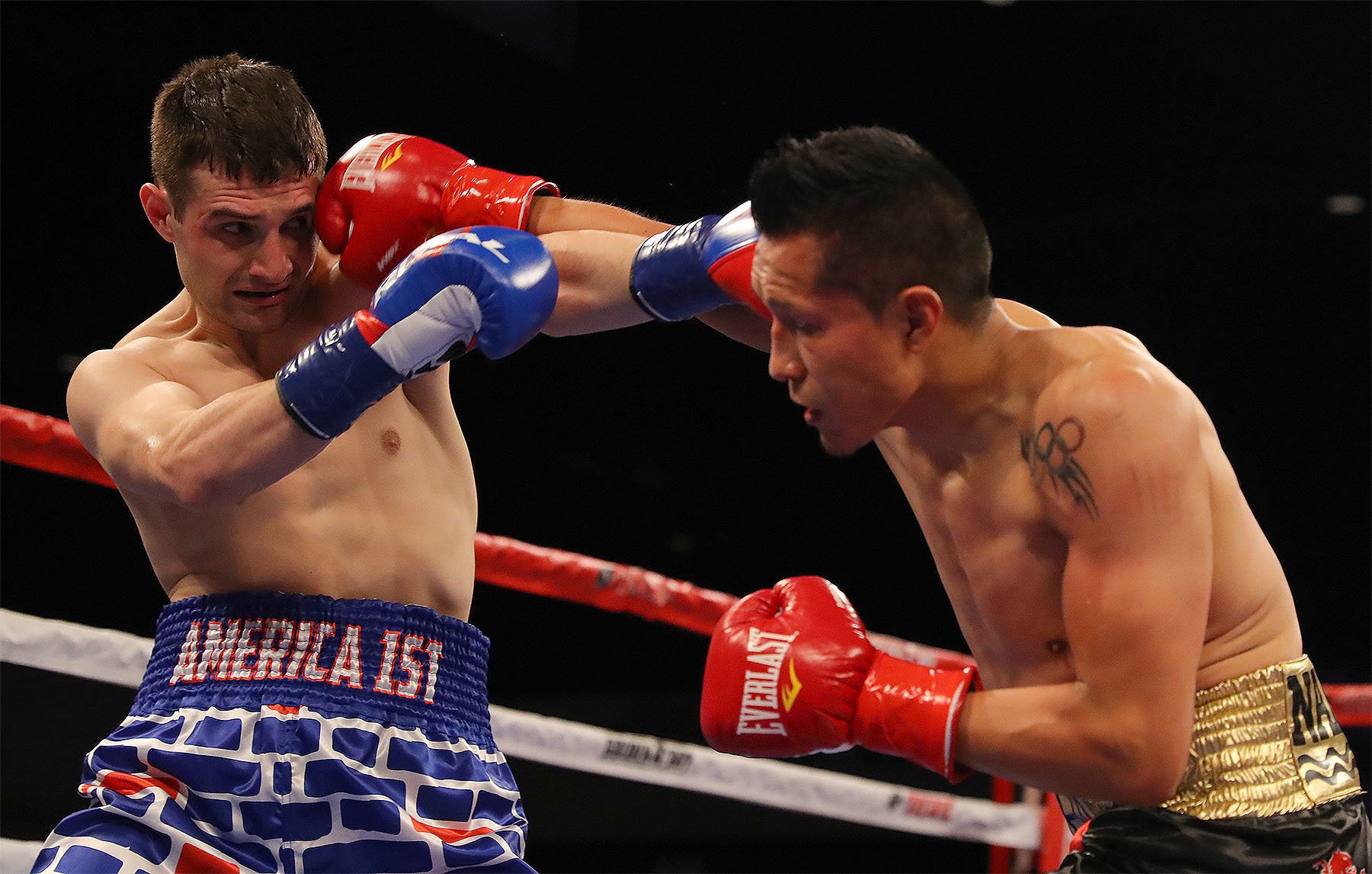 Former junior lightweight titleholder Francisco “El Bandido” Vargas continued his comeback Thursday night with a TKO of “Lightning” Rod Salka at the end of the sixth round of a scheduled 10-rounder. The win was even more powerful due to Salka’s choice in wardrobe. When Rod Salka stepped into the ring Thursday against Francisco Vargas at Fantasy Springs Resort Casino in Indio, California, he was wearing shorts that had “America 1st” written on them and featured a brick wall pattern.

Salka came out in blue trunks with a brick wall adorned on the front and back with the words “America 1st” stitched on the waistline. His opponent Vargas is Mexican and Salka was obviously trying to make a failed statement about his political beliefs against the boxer. Oh did we forget to mention that the fight was promoted by Golden Boy. 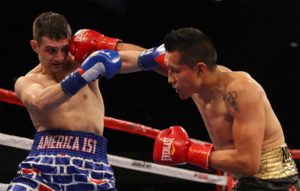 Salka (24-5, 4 KOs) lived on his back foot and landed plenty of punches, but they were nowhere near hard enough to stop Vargas’ stalking attack. A combination to the body, followed by a right uppercut to the chin floored the 35-year-old Salka in the fifth round. He beat referee Jerry Cantu’s count and lasted until the round-ending bell.

Despite his pro-wall sentiments, Salka’s defense failed him starting in the fifth round. As told by Boxing scene, Vargas landed an uppercut that sent Salka to his knees, his only savior being the bell that ended the round. In the sixth, Vargas opened up a cut over Salka’s left eye. The seventh round never happened, as his corner stopped the fight.

Salka, 35, lost for just the fifth time in his boxing career, but it wasn’t his first lopsided defeat after making a political statement. He ran Republicanlican for the Pennsylvania House of Representatives in 2016, losing to Democratic incumbent William Kortz by more than 30 percentage points.

“The 38th District has been underrepresented in Harrisburg for decades now,” Salka, who joined the National Guard in 2001, said in announcing his intention to run in February 2016. “We need to break with the past and demand that our voices, our values, and our vision of the future be heard in the general assembly.”

“The military taught me a great deal about urgency. You can’t just get around to things. They have to be done quickly and done well,” Salka added. “That’s the kind of urgency I want to bring to Harrisburg, where the current crew can’t get a budget passed. It’s not enough to just show up. You have to do your job.”