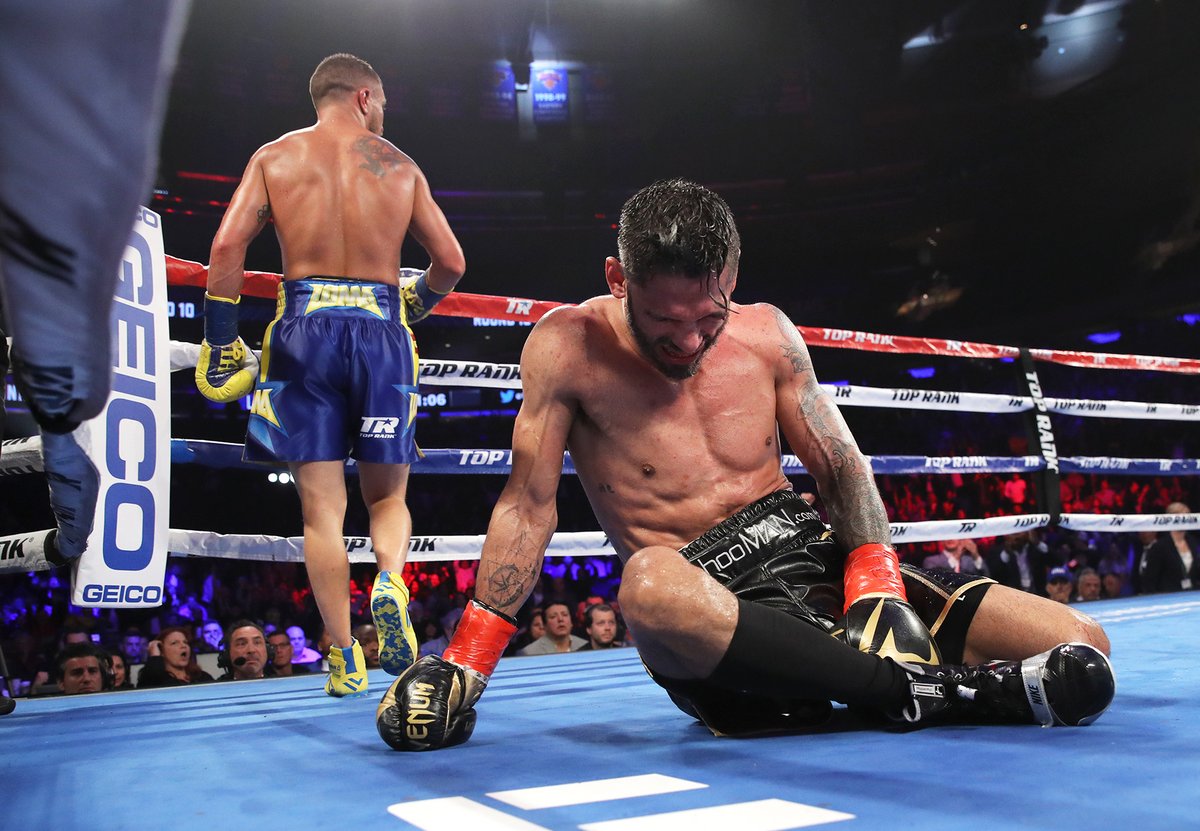 Vasyl Lomachenko created history by becoming the fastest boxer to win a world title in his twelfth fight. Jorge Linares stepped into the ring to defend his lightweight title for the fourth time and was significantly the bigger man compared to Lomachenko and was able to land his straight left hand from his southpaw stance early on in the first round. Linares though was accurate with his counter punches in the first and landed a good lead left hook at the end of the round.

Lomachenko looked to be a little looser in the second round and was landing more, and by the third round, his foot movement was on point as he danced around Linares and landed multiple combinations. Lomachenko continued to stay on the attack in the fourth round. Linares was warned for rabbit punches in the fourth and Lomachenko responded by landing hard right uppercuts. However, a clean straight right hand by Linares in the sixth round sent Lomachenko to the mat. 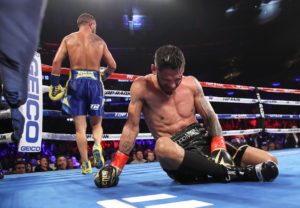 Locked in a highly competitive, tense tactical battle with Linares, the heavily favored Lomachenko quickly uncorked a combination of punches to the head and finished Linares with a vicious left hook to the liver in the 10th round Saturday night at Madison Square Garden. That brutal body blow left Linares on one knee.

The 30-year-old Lomachenko had won his previous four fights by technical knockout because either his opponents didn’t want to come out of their corners or their trainers wouldn’t allow it at various points in those fights. Those four victories over previously undefeated Nicholas Walters, Jason Sosa, Miguel Marriaga and then-unbeaten Guillermo Rigondeaux came in fights contested at the super featherweight limit of 130 pounds.

According to Bob Arum, Vasyl Lomachenko will be back in the ring on August 24 in Los Angeles. High chances are that it is for a unification fight against Reymond Beltran.