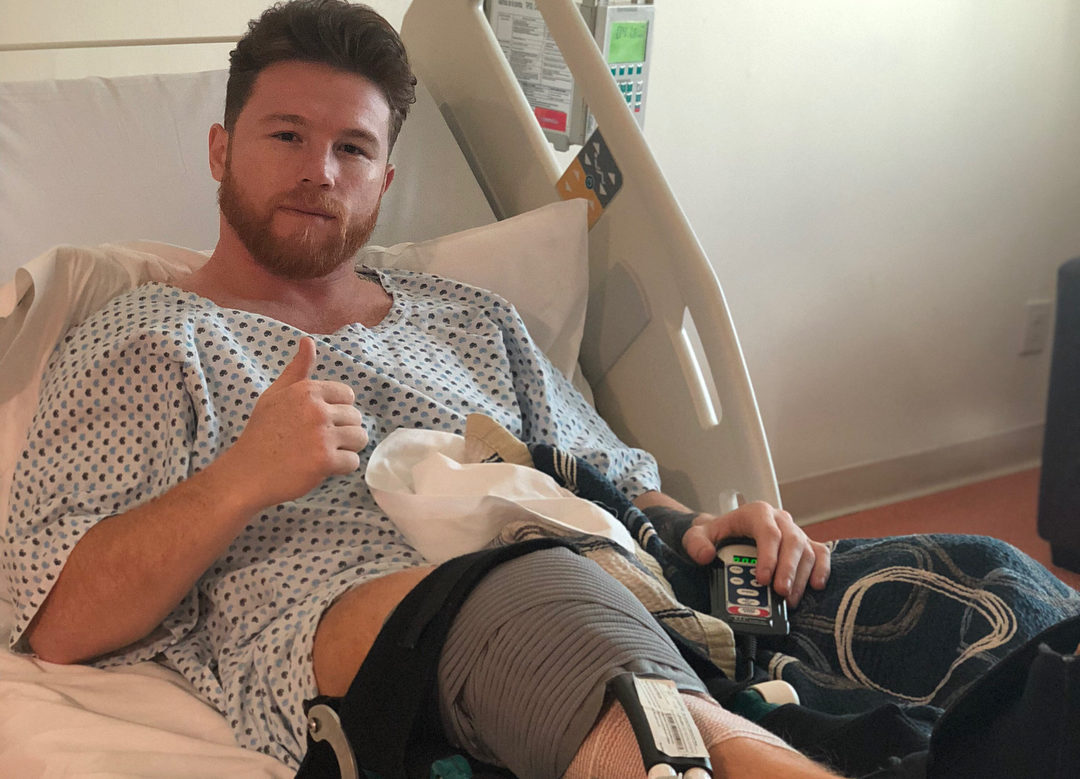 Golden Boy Promotions has confirmed that middleweight Canelo Alvarez underwent an ARTHROSCOPIC KNEE SURGERY Friday, which was not urgent. The procedure was performed in Alvarez’s home state of Jalisco, after several reports surfaced, stating that he would be the subject of an arthroscopic procedure. Canelo, now without a fight due to a failed drug test for Clenbuterol, is using his time off to get back to complete fitness ahead of a hearing regarding his future.

“I share with you that today I had to undergo an arthroscopy surgery to repair the internal femoral cartilage and eliminate a pathological fold of my right knee,” Alvarez wrote. “I dismiss the erroneous information published by Golden Boy President Eric Gomez. Thanks for worrying !! And in 3 to 4 weeks I’ll be like new.”

“Indeed, Alvarez underwent surgery. However, it was a cosmetic procedure. There are no further details,” a spokesperson for Golden Boy, the Oscar de la Hoya-owned company, said about the medical status for the Mexican boxer.

Alvarez withdrew from his scheduled rematch with unified middleweight champion Gennady Golovkin after Alvarez tested positive for clenbuterol in two different tests. Alvarez and his team claimed it was from meat contamination in Mexico.

Alvarez is scheduled for a disciplinary hearing on April 18th stemming from the two failed drug tests he had on February 17th and 20th. The Mexican superstar tested positive for Clenbuterol, the result of which led to the cancellation of his scheduled rematch with Gennady Golovkin.

A lucrative Cinco de Mayo rematch has already been canceled and Canelo could be suspended for between six and twelve months at next week’s NSAC gathering.

Golovkin is still trying to salvage a fight on the date having moved plans to Los Angeles, although could be forced to delay until the summer unless an opponent can be agreed upon soon.