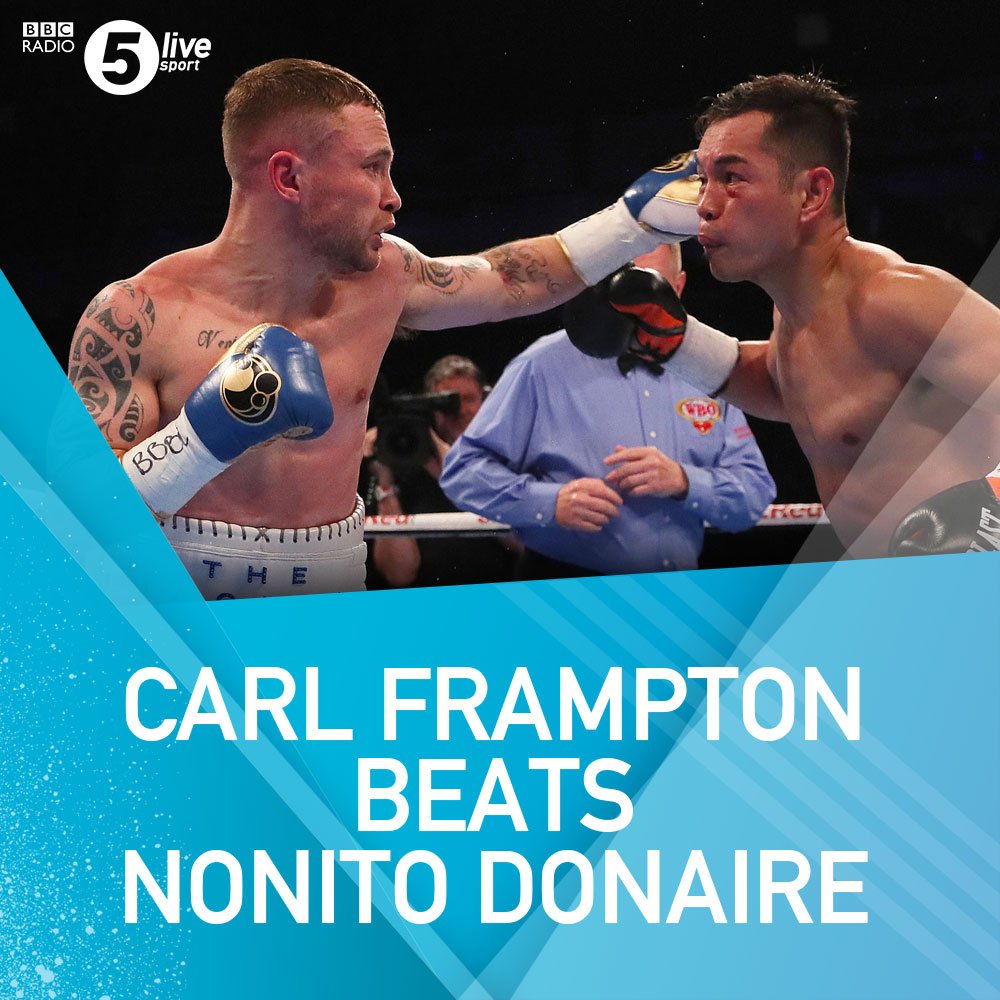 In a bout for the interim WBO featherweight title, Carl Frampton took on Nonito Donaire at the SSE Arena in Belfast, Northern Ireland. Frampton was able to improve his record to 25-1 with a pretty comfortable unanimous decision as Donaire drops to 38-5 in his career.

The fight started with both guys somewhat cautiously trying to “feel” each other out during the first round. Rounds two and three saw Frampton open up a bit as he was able to land by far the more significant punches. Donaire started to develop swelling over his eye towards the end of the second round. 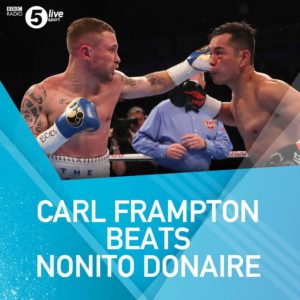 Frampton was able to continue his success into round four as he closed distance at times and able to smother pretty much all the zip Donaire had on his shots. In round five both guys chose to stand and trade in close quarters as Donaire landed his best shots of the bout to this point, with a pair of uppercuts that landed with 35 seconds to go in the round.

Both guys seemed content during the sixth round to let the pace slow a touch as they went back to full distance. Donaire came out bouncing on his feet to start round seven but a clash of heads caused a cut over the Filipino’s right eye. The second half of the round saw some good shots land by both guys.

Rounds eight, nine and ten were close to a mirror image of the sixth round as both chose to work at range while being less active. As the fight entered the championship rounds it appeared as if Donaire’s only chance was to score a knockout.

Although it was too little too late, Donaire appeared able to secure the final two rounds by landing a few big shots that the Belfast native was able to shake off. Frampton admitted after the fight to being stunned at one point in the eleventh round.

All three judges scored the fight 117-111 in favor of Frampton. Frampton now sets his sights now on Lee Selby in an effort to pick up another world title.

Previous articleUFC: Eddie Alvarez has strong words for Lightweight Champion Khabib Nurmagomedov – “If he dies, he dies”
Next articleWWE: Drew McIntyre on what Andrade ‘Cien Almas’ was missing