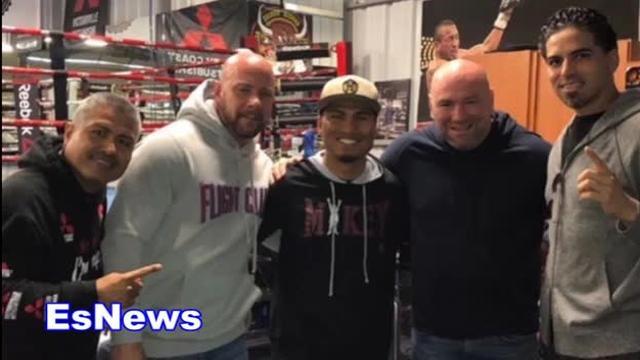 UFC president Dana had announced last year that he’s going to start his own Boxing promotion in collaboration with Fertitta Brothers called “Zuffa Boxing”. No one really thought Dana White was serious until recently when he offered a $500 Million contract to Anthony Joshua. If management skills of Dana are to be judged then we might see him signing best Boxers and making the best fights happen in Boxing like he’s done in UFC. 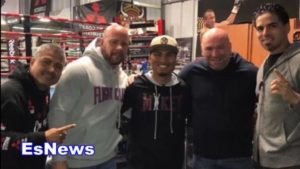 Just spoke with @danawhite and he said he’s closing in on a deal with @MikeyGarcia He said plans for Zuffa Boxing are moving forward.

If rumors are true then it’s possibly the best signing Dana White could have done for his venture Zuffa Boxing.

Mikey recently became four division world champion by beating Sergey Lipinets and has vacated his title to move back to 135 pounds where he’s rumored to fight IBF Lightweight Champion Robert Easter Jr. Many consider him to be the man to beat Pound for Pound great Vasyl Lomachenko.

Previously Mikey held the WBO and The Ring magazine featherweight titles in 2013, the WBO junior lightweight title from 2013 to 2014, and the IBF and lineal light welterweight titles in 2018. As of April 2018, Garcia is ranked as the world’s fifth best active boxer, pound for pound, by The Ring; and sixth by the Transnational Boxing Rankings Board. He is trained by his father Eduardo and his brother, former world champion Robert Garcia.