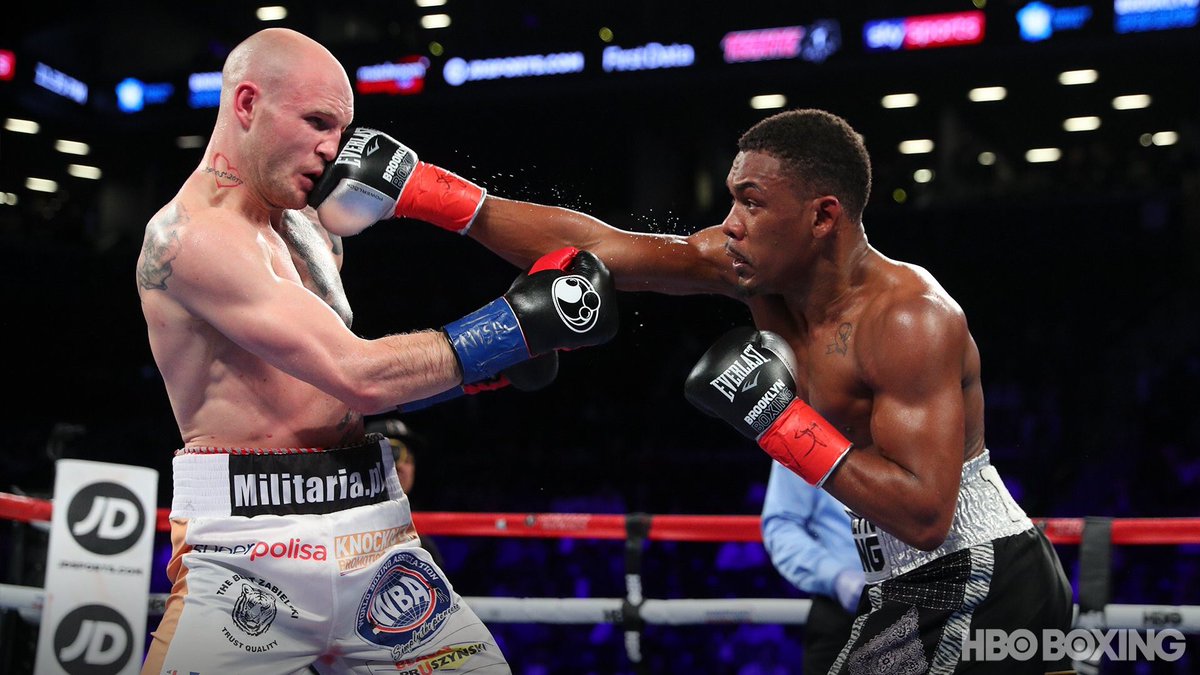 From the Barclays Center in Brooklyn, NY Daniel Jacobs (34-2,29KO’s) took on Maciej Sulecki (26-1,10KO’s) for a chance to become mandatory for Gennady Golovkin’s WBA Middleweight Title. The bout started with both men doing good work as Sulecki landed a nice right hand early on. Jacobs came out in the second landing punches to the head and body. It was turning into a good fight being fought at a high level early on.

Jacobs turned on the intensity landing some big shots down the stretch of the third round. Both men were going back and forth matching each other well in the ring. In the fourth round, Jacobs turned the motor on offensively as he tried to impose his will on Sulecki. 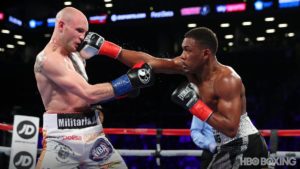 Jacobs was showing some beautiful boxing skills outmatching a very game Sulecki. The Brooklyn native was able to limit Sulecki’s output due to his precise counter punching. The Polish native came on in the seventh landing shots of his own, landing a good right hand and followed it up with more power shots.

Jacobs settled back down in the eighth as he controlled the pace in the round as well as landed the cleaner and harder punches. It was a good competitive bout going into the tenth as Sulecki had proved to have a chin on him taking some hard clean shots throughout the bout.

Jacobs seemed to land the bigger shots going down the stretch, Sulecki gave it his all as well having his moments. In the twelfth, Jacobs dropped Sulecki with a big right hand. Both men were throwing shots until the final bell sounded.

Jacobs got the nod in a unanimous decision (116-111,117-110,115-112) and with the victory, he becomes mandatory for the WBA Middleweight Title and in line to face Gennady Golovkin who fights May 5, against Vanes Martisoyan.