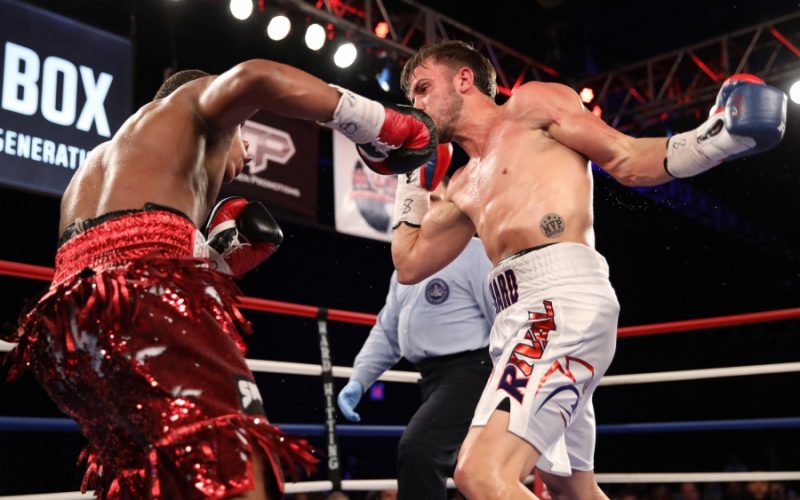 The New Generation returned to Showtime on Friday, May 11, 2018, live from the 2300 Arena in Philadelphia, with a stacked card of top prospects looking to advance themselves one step closer towards their goal of a world title. The evening featured Lightweight Devin Haney (19-0, 13 KOs), Super Bantamweight Joshua Greer (17-1-1, 9 KOs), Light Heavyweight Alvin Varmall Jr. (15-1-1, 12 KOs) and Super Bantamweight Arnold Khegai (12-0-1, 8 KOs) in separate bouts. Highly regarded as one of boxing’s best young prodigies, the undefeated 19-year-old Haney welcomed what was advertised to be the toughest test of his career in veteran Mason Menard in the 10-round main event. This card was a standout to boxing enthusiasts, not due to the names on the card, but rather that all of the fights were very equally matched in records and level of skill. This card, on paper, had the potential to provide some very tough fights and in spurts, it lived up to the expectation. 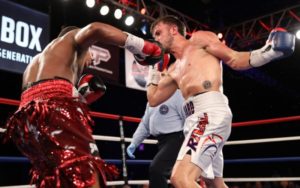 The co-featured bout of evening matched two tough and game 122-pound opponents, each with only one loss, in Glen Dezurn and Joshua Greer. Dezurn started the fight strong by aggressively walking Greer down and bullying him around the ring with his size and strong punch output. However, Dezurn found it difficult to keep up this fighting style and the body shots of Greer began to take their toll, causing Dezurn to eventually fade in the middle rounds.
Haney’s pure skill level is apparent as he showed flashes of a young Floyd Mayweather Jr., Roy Jones Jr., and Andre Ward. His punches were sharp, his jab was perfection, his feet were swift and his defense was masterful. Haney is still a young fighter, at only 19 years old, but the hype that surrounds his name certainly seems justified as he is without a doubt a highly skilled fighter. Haney will certainly be a prospect to keep an eye on as he continues his to work his way up the ranks of the Lightweight division.