Boxing: Deontay Wilder ready to kill a man in the boxing ring 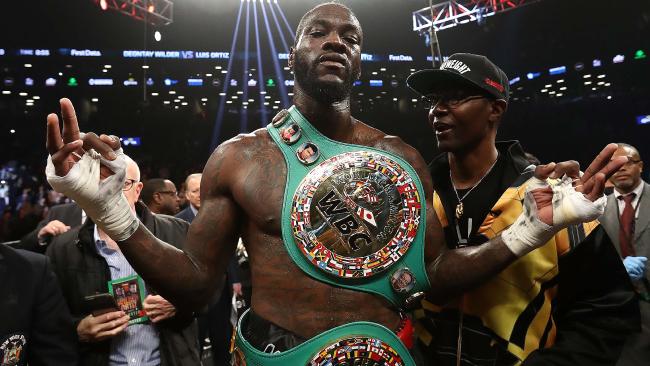 WBC heavyweight champion Deontay Wilder said that which is not said by boxers — he’s fine with killing a man in the ring.Speaking to The Breakfast Club on Power 105.1 FM, Wilder was explaining how, when he’s in the ring, he’s so focused on self-preservation and getting home to his family that he wouldn’t care if he took his opponent’s life.

“I want a body on my record, I want one,” Wilder coolly explained to hosts Charlamagne Tha God & Angela Yee.

In Wilder’s telling, he’s a completely different person when he steps into the ring. He wholly becomes his nickname, the “Bronze Bomber,” and the Bronze Bomber is a killer. 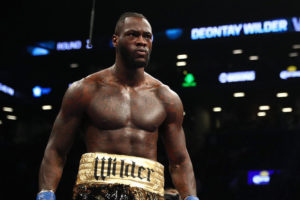 “I come here for one thing — to knock you out and go back home.”

Later in the interview, Wilder said he’s so powerful he almost expects to kill someone.

“The power that I have, it’s easy to be able to do,” Wilder said. “I thought I had one time with [Artur] Szpilka because he wasn’t breathing when he hit the canvas. Somebody is going to go.”

Wilder’s comments come a month after 31-year-old British boxer Scott Westgarth after he won a fight against Dec Spelman.

Westgarth was knocked down in the fight but eventually won on points before being taken to the hospital where he later died.

Wilder rarely suffers damage like Westgarth did. The 40-0 former U.S. Olympian has held the WBC heavyweight title since 2015 and recently has campaigned to fight 20-0 British boxing star Anthony Joshua, who holds the IBF and WBA heavyweight titles. Joshua could add another belt to his waist when he fights WBO champ Joseph Parker on Saturday.