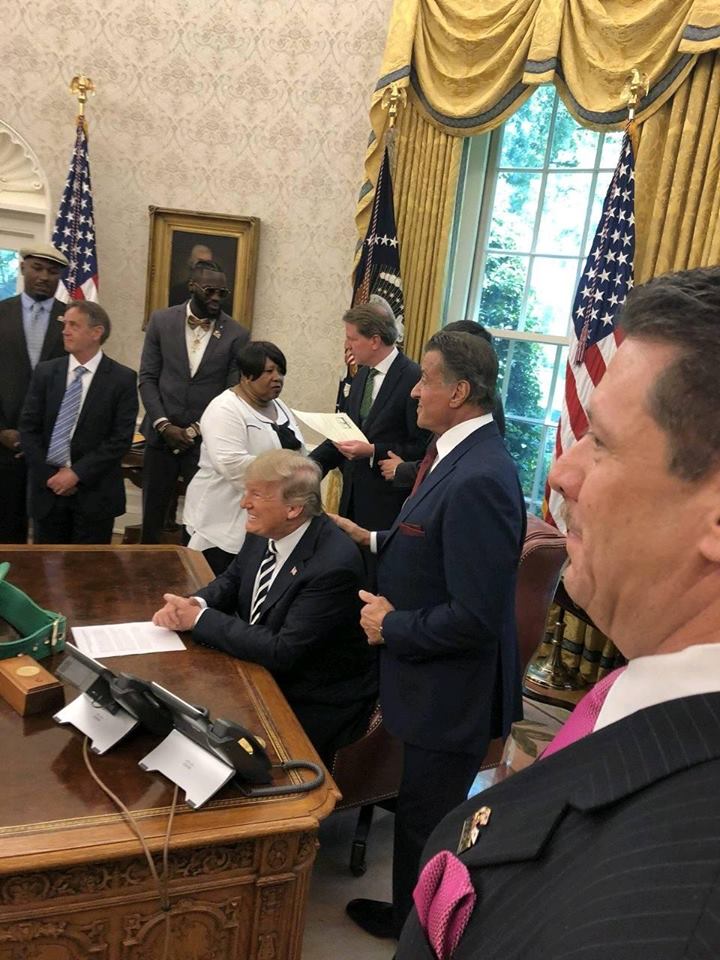 President Trump has posthumously pardoned trailblazing prizefighter Jack Johnson — the country’s first black heavyweight champion. Johnson — charged with transporting a white woman across state lines for “immoral purposes” under the controversial Mann Act in 1913 — spent a year in jail thanks to a racially motivated conviction by an all-white jury.

The World Boxing Council, one of boxing’s sanctioning bodies, invited current and former boxing champions, including Deontay Wilder and Lennox Lewis, to the ceremony, Tim Smith, the vice president of communications for Haymon Boxing told the New York Times. 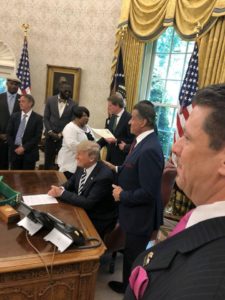 Johnson’s case has been criticized for decades as a miscarriage of justice and a symbol of the systemic racism in the justice system.

But his family and other advocates, including Sen. John McCain (R-Ariz.), have petitioned the Justice Department to move forward with a pardon for Johnson for years.

But a call from Sylvester Stallone spurned Trump’s interest in pardoning the pugilist.

Trump tweeted last month about the possibility of clearing the legendary champ’s name.

“Sylvester Stallone called me with the story of heavyweight boxing champion Jack Johnson. His trials and tribulations were great, his life complex and controversial,” Trump tweeted. “…I am considering a Full Pardon!”

Johnson’s prowess in the ring earned him a reputation — and a heavyweight title.

He defeated Tommy Burns for the title in 1908.

His rise to fame came at a time when black and white fighters rarely entered the same ring.

Johnson dominated a series of “great white hopes” over the next two years before beating the undefeated former champion, James J. Jeffries.

His life and his legend have been fodder for storytellers for decades. Howard Sackler’s play “The Great White Hope,” starring James Earl Jones, won the Pulitzer Prize for drama and the Tony Award for best play in 1969. A film version with Jones was released a year later. More recently, the documentary “Unforgivable Blackness: The Rise and Fall of Jack Johnson,” directed by Ken Burns, was aired on PBS in 2004.

Previous articleUFC Fight Night 130: Thompson vs. Till – Fights to Watch For
Next articleUFC: Stephen Thompson plans on making a huge statement against Darren Till to earn third title shot