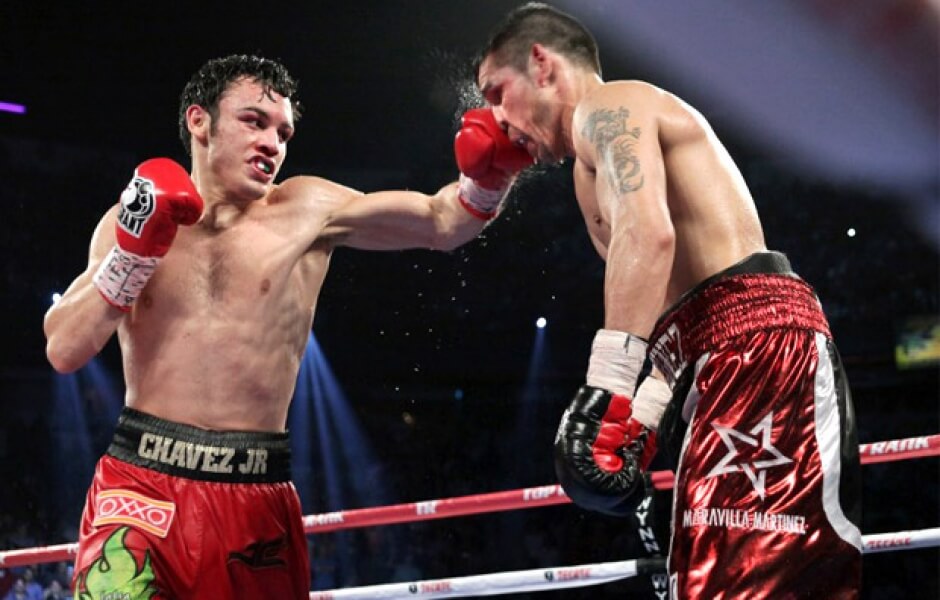 Former middleweight titlist Julio César Chavez Jr is currently in negotiations with Eddie Hearn for a three-fight deal on Matchroom Boxing’s DAZN platform. The UK promoter has made it no secret that he plans to lure some of boxing’s biggest names over to the newly established DAZN streaming service. While Chavez Jr doesn’t equate to an elite level fighter, he does have an elite level name being the son of all-time great Julio César Chavez Sr.

This move may not get too many fans salivating at the thought of seeing Chavez Jr in action again, it does show that Hearn is serious about establishing himself over here in America and now in Mexico, by potentially signing one of boxing’s biggest names. 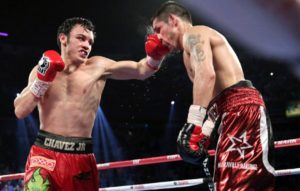 Chavez has been in the ring with the likes of Sergio Martinez, Andy Lee and Saul “Canelo” Alvarez. So he’s no stranger to big fights, what will be interesting is what weight would he fight at.

He’s had problems in the past of making weight and was last seen in May 2016 getting thoroughly dominated by Canelo Alvarez in a fight that took place at a catchweight of 164.5lbs, which technically falls under the super middleweight guidelines.

🇲🇽✍️ Julio Cesar Chavez Jr has revealed he is speaking to EDDIE HEARN about potentially signing a three-fight deal to appear on DAZN.

Nonetheless, this potential “big name” signing could be just the tipping point. Hearn is also currently negotiating with four division champion Mikey Garcia. While there’s still some skepticism around Hearn and his new platform fighter’s are at least entertaining the thought of joining him as he has one billion reasons why you should at least consider what he has to offer.