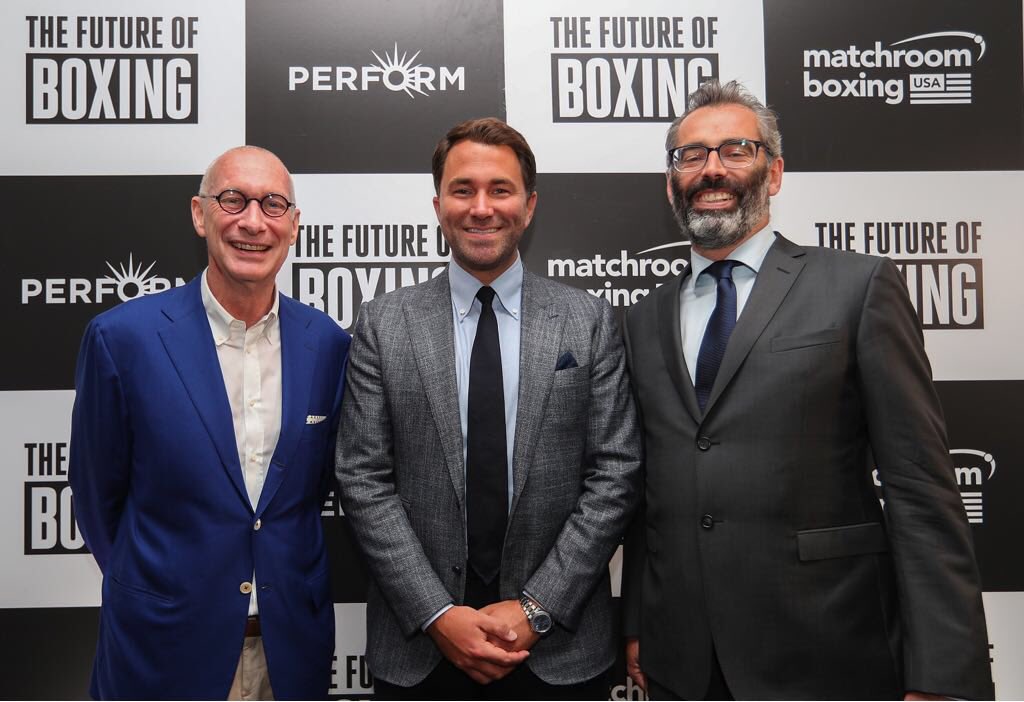 Eddie Hearn on Thursday he confirmed he had sealed a $1bn contract with a US media partner to deliver what he is calling “the biggest ever deal in boxing”. Under the banner of Matchroom Boxing USA, Hearn will stage 16 live shows a year on the Perform Group’s on-demand streaming service, DAZN, as well as 16 promotions in the UK. 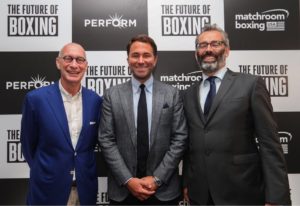 It is understood he will now target some of top stars who fight out of America to fill the cards across the Atlantic as part of the innovative deal while some of his British names will also feature.

Proud to announce the largest TV rights deal in the history of boxing with landmark $1bn broadcast deal with @PerformGroup DAZN platform for 16 US shows per year for 8 Years! #TheFutureOfBoxing pic.twitter.com/0saM4Z9Hxy

Hearn said: “This is a historic moment for Matchroom and the sport of boxing.

“Since our expansion to the US, we have been looking for a partner that shares our vision and that can give us the volume of dates and rights fees required to build the strongest stable in world boxing and take it to a new level.

“This is a dream scenario for us, we can build a formidable team of fighters and also put our stamp on events from production to talent to in arena experience.

“Our plan is to make DAZN the home of boxing and with 32 big fight nights already confirmed from the US and UK we are nicely on our way.

“America – we have well and truly arrived, let the fun begin.”

DAZN is hoping to become ‘the Netflix of sport’ by allowing subscribers to stream top-class sports action at any time they want – either live or on-demand.

They have already secured the lucrative NFL rights for Canada.