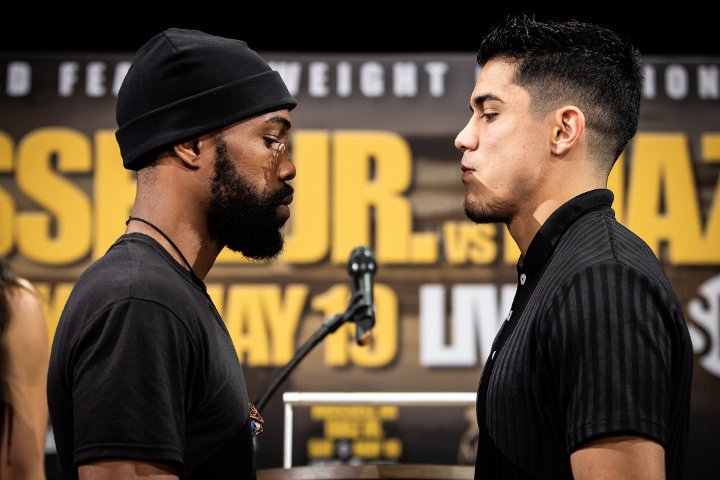 This Saturday night we have a featherweight showdown between two very skilled southpaws. The once-beaten Gary Russell Jr (28-1, 17KOs) will be defending his WBC title against mandatory challenger and undefeated Joesph Diaz (26-0, 14KOs). Their twelve round fight will be televised live on Showtime from the MGM National Harbor in Capitol Heights, Maryland, the hometown of the champion Russell Jr.

Russell is the favorite going into this fight, he possesses lightning fast hands and that may be selling his handspeed short. He also as the edge in experience having been in the ring with Jhonny Gonzalez, Vasyl Lomachenko, and Oscar Escandon. 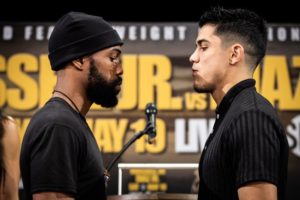 While ultra talented the former 2008 Olympian simply isn’t active enough, having only fought three times in the last three years. That could become a factor against the younger more active Diaz.

For Diaz, this is the chance to take that next step from contender to champion. He’s a former U.S. Olympian himself as a member of the 2012 team.

He’s going to have to make Russell fight his fight simple as that.

Will the experience and handspeed of the champion be too much for the challenger or will the much more active and youthful body punching challenger rise to the occasion and snatch the champion’s title away?

We’ll get our answer this Saturday night.

Boxing: Adam Booth saysDavid Haye shouldn’t have been in the ring with Tony Bellew