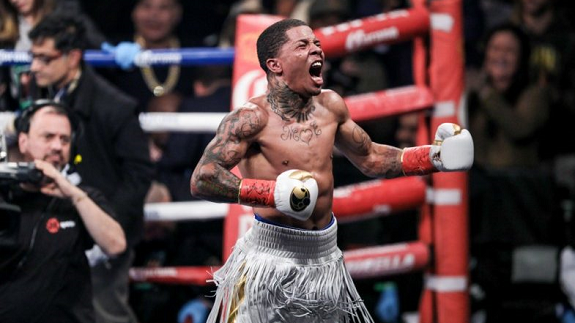 From the Barclays Center in Brooklyn, NY, Gervonta Davis (20-0,19KO’s) took on Jesus Cuellar (28-3, 21KO’s), for the WBA Super Featherweight title live on Showtime. Right from the opening bell, Cuellar tried to put pressure on Davis. However, it was Davis showing the difference in speed by countering Cuellar and landing to the head and body. In round two Davis was able to land a beautiful straight left counter to the body the dropped Cuellar. 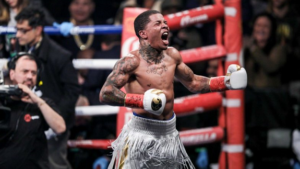 Davis came out in the third continuing to land solid counter shots to the head and body of his opponent. He would turn up the pressure and landed a counter uppercut that hurt Cuellar, Davis quickly went on the attack and dropped Cuellar again. To his credit, Cuellar beat the count but Davis just came in on him and hit Cuellar with some clean precise punches that dropped him for the last time.

Davis picks up the stoppage win at the 2:45 mark of the third round. With the victory, Gervonta “Tank” Davis becomes the new WBA Super Featherweight Champion and has his sights set on unifying the division.

Davis has been linked with taking on Vasyl Lomachenko, if he sees off Jorge Linares on May 12, but the newly-crowned WBA ‘Super’ titlist at 130lbs has his sights set on Tevin Farmer or Billy Dib for the currently vacant IBF.

Before the fight, he walked to the ring rocking a jacket with Drake’s OVO Owl on it. While accepting his win, he rocked a shirt with Meek Mill’s face on it. Meek has cosigned the young boxer in the past, and Davis considers the rapper a huge supporter of his work in the ring. A number of rappers were spotted at the boxing match including 50 Cent, Rick Ross, O.T. Genasis and Casanova, who was filmed congratulating Davis after the win.