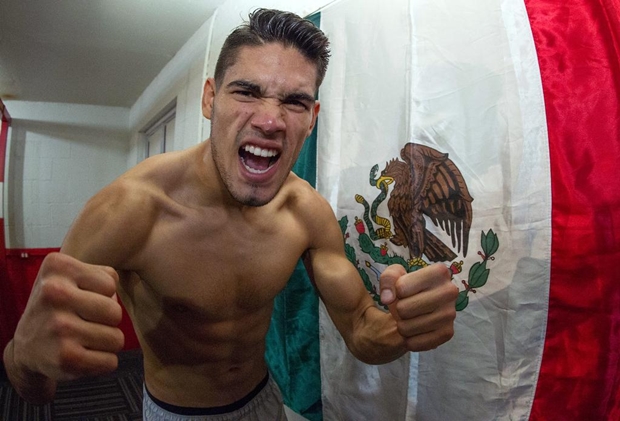 WBO super middleweight champion Gilberto ‘Zurdo’ Ramirez (37-0, 25 KOs) will defend his WBO title against No.10 WBO Roamer Alexis Angulo (23-0, 20 KOs) of Colombia on June 30 at the Chesapeake Energy Arena in Oklahoma City, Oklahoma. The Ramirez vs. Angulo fight will be televised on ESPN.

Ramirez won his title in April of 2016 when he defeated Arthur Abraham. His most recent fight took place in February when he defeated Habib Ahmed by TKO. Alexis Angulo, of Colombia, is somewhat unknown to American fans but does bring a 23-0 record with 20 knockouts into the contest. 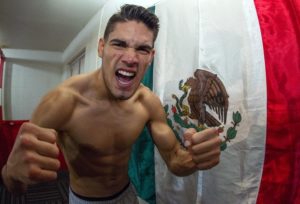 The 34-year-old Roamer Alexis Angulo has been fighting as a pro for the last 8 years since 2010, and his best wins have come against Rolando Wenceslao Mansilla (13-4-1), Everet Bravo (24-8) and Claudio Ariel Abalos (30-15-3). Angulo is taking a big step up in taking on Ramirez at a fairly advanced age for someone that is still fighting journeyman level opposition. Angulo might not be ready for such a big step up in class.

However, this matchup has not sat very well with boxing fans as they took to Twitter to express their disappointment as they want to see the Mexican step up in class and unify with the other champions in the division. The most ideal scenario will be Zurdo Ramirez fighting the winner of George Groves vs Callum Smith which could be either staged in US or UK, but considering George Groves is favorite to win the WBSS , a fight between Groves and Ramirez will be big in London.

Whens Ramirez going to step up and fight a name ffs?

The 23-year-old Saucedo is from Oklahoma City, and he has a large following in that area. However, Saucedo is still a contender at this stage of his career and not a world champion yet. He’s ranked #2 WBA and #3 WBO. Top Rank could either have Saucedo challenge WBA 140lb champion Kirlyl Relikh or fight for the WBO title in the near future.