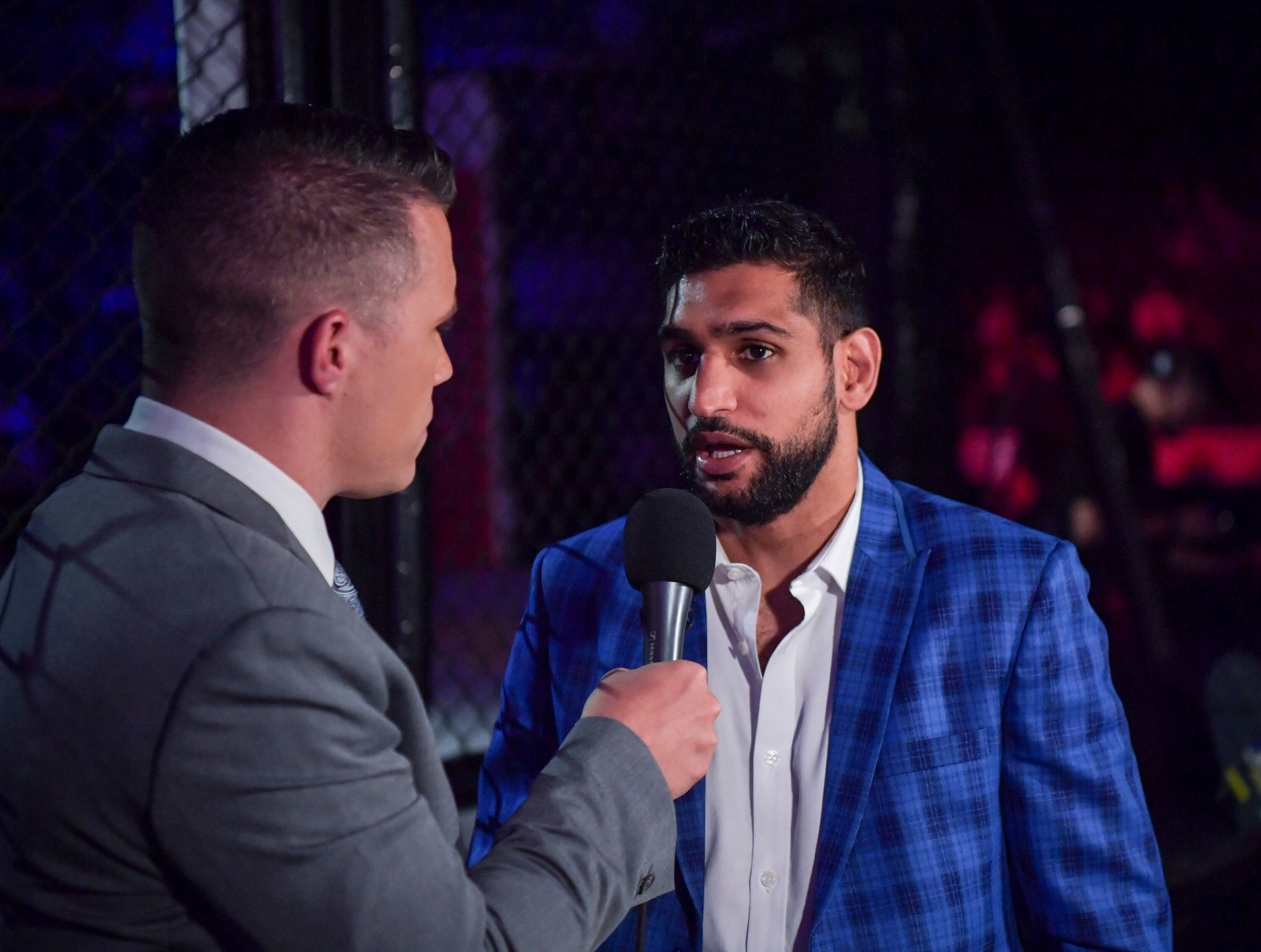 Boxing legend Amir Khan will renew his love for mixed martial arts on July 25th, when he once again will attend a BRAVE Combat Federation event. An Olympic Silver medalist as well as a former unified world Light-Welterweight world champion in boxing, Khan will be one of the exclusive guests for BRAVE 24: London, a groundbreaking, invite-only event set to change the landscape of martial arts in Europe.

Amir Khan is no stranger to BRAVE Combat Federation, as he has been to a show before, when the fastest-growing promotion in the world organized a show for the first time in British soil, last year in Belfast, Northern Ireland.

At BRAVE 13: European Evolution, “King” witnessed the victorious debut of Cian Cowley, who’ll also be fighting in London, as well as Bantamweight titleholder Stephen Loman successfully defending his throne for the first time against Frans Mlambo.

He has close bonds with the promotion, having also visited the Kingdom of Bahrain and spoken to His Highness Shaikh Khaled bin Hamad Al Khalifa, the founder and visionary of BRAVE CF. Khan was impressed with Shaikh Khaled’s dedication and hard work towards the development of the sport.

“His initiatives support the sport and make it possible to host major sporting events that develop talented athletes, support culture and the economy of the hosting city. The initiative from the Kingdom is changing the sport of MMA around the world”, he has previously said.

The British icon is just the first on an extensive list of A-List guests scheduled to soak in a truly unforgettable experience as BRAVE 24: London will look to connect the highest level of celebrities, influencers, politicians, and businessmen to mixed martial arts. The goal is to empower the sport and allow it to grow in the eyes of a totally different and new audience, thus elevating the exposure of London MMA to a never-before-seen level.