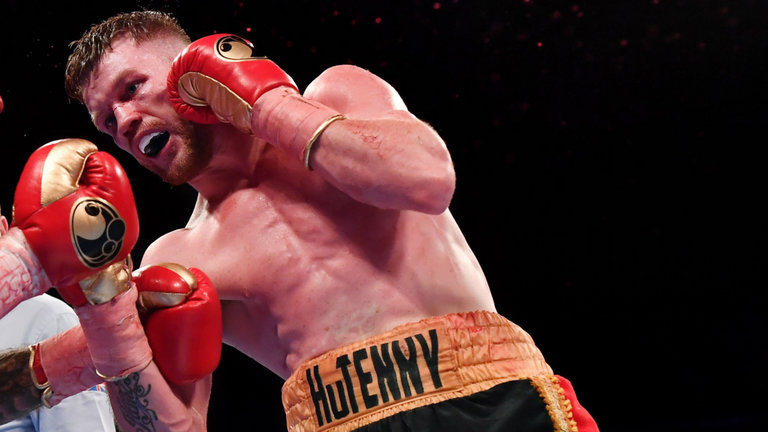 Opening the Bellew-Haye II show at the O2 Arena, James Tennyson climbed off the canvas in the second round to record a fifth-round stoppage of Martin J Ward to take the coveted European and Commonwealth Super-Featherweight titles back to Belfast, while retaining his WBA International title. Tennyson (now 22-0, 18 KOs) has made a huge statement to the rest of the division and takes a step closer to a world title shot.

Ward boxed superbly in the first three rounds, displaying his slick boxing skills and head movement with Tennyson soaking up some brutal body shots. Tennyson got off to the worst start, as Ward exploited a gap at the left-hand side of Tennyson’s defence and landed a perfectly timed body shot, dropping him. However, Tennyson found his feet and began to tie Ward up on the inside, landing a huge uppercut that wobbled the Brentwood man. 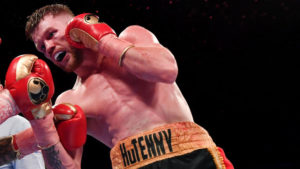 The fight caught fire in the fourth with Ward willing to stand in the pocket and pick his shots, but Tennyson’s toughness showed as he walked down the defending EBU and Commonwealth champion, having success and another left hook upstairs sent Ward stumbling onto the ropes. Ward didn’t seem to recover from Tennyson’s blows and the contest was waved off by referee Victor Loughlin.

Coming into the fight, the Tennyson camp were quietly confident of getting the job done, and despite having to overcome an early crisis, the WBA #2 ranked contender came back stronger and showed grit and determination to not leave the ring disappointed.

After producing an impressive performance on the perfect platform, Tennyson will now have his sights on the world stage and won’t be long before he is competing with the very best in the 130lb division.