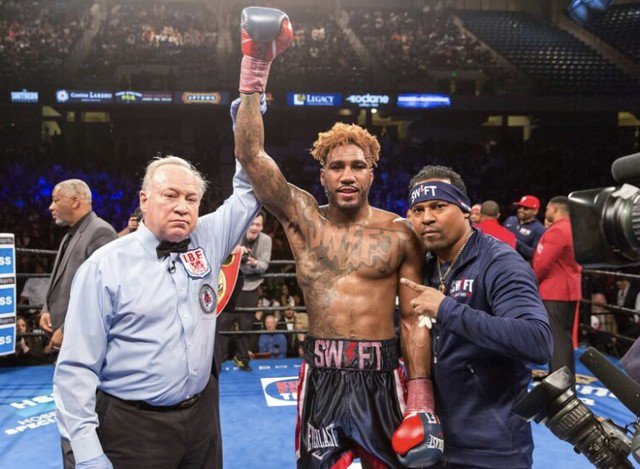 From the Hard Rock Hotel & Casino in Las Vegas, Nevada, Erislandy Lara and Jarrett Hurd met in a title unification bout for the WBA & IBF Jr Middleweight Titles. Lara started out landing some big left hands right down the middle and even followed up with combinations. Lara controlled most of the second round but Hurd was able to come on strong towards the end landing some shots to the head and body. 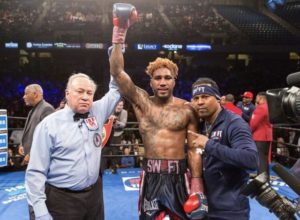 Lara was being very effective with his punches but Hurd seemed to be closing the distance trying to make it an inside, up-tempo fight. Lara was able to have success countering Hurd throughout the first four rounds. While Hurd had his moments in spurts, he was still putting in good work to the body.

Hurd came out more aggressive in the fifth round landing combinations while Lara landed some good counter left hands on Hurd. Both men landed big shots throughout the sixth round in what was another close round.

In the seventh round Lara was able to keep the action in the middle of the ring landing shots, while Hurd kept coming landing some shots of his own. Hurd came out like a man possessed in the eighth round pressuring Lara from the beginning to the end of the round. Hurd did a lot of work behind his jab and was stalking Lara.

Lara’s right eye began to swell badly in the ninth round as Hurd had another outstanding round, landing some big shots throughout the whole round. It seemed like Hurd was starting to take control but Lara mounted a comeback in the second half of the tenth round to make it a close round.

Both men have gave it their all, Lara stood his ground throughout the fight against Hurd and the eleventh was not any different. Both men went back and forth throughout the entire round landing shots on one another. Going into the last round Lara’s eye was pretty much completely shut, Hurd came on strong and dropped Lara in the final round. It what was a great fight