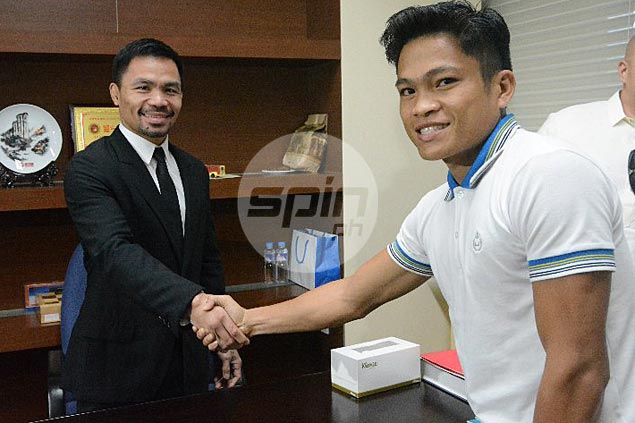 IBF super flyweight champion Jerwin Ancajas’ fifth title defense against his fellow countryman Jonas Sultan will headline a Top Rank boxing card in Las Vegas in the last week of May. The bout is also expected to be televised by ESPN, ESPN Deportes, and the ESPN App as well. 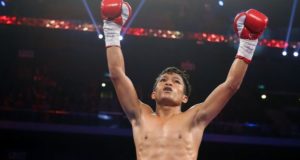 The fight was originally set in the undercard of the Jeff Horn-Terence Crawford mainer at the Mandalay Resort and Casino on April 24 but the entire show was postponed.

Crawford suffered a right-hand injury during a sparring session and Horn’s defense of the WBO welterweight championship has been reset to June 9 at the MGM Grand Garden Arena in Las Vegas.

There was talk that the Ancajas-Sultan bout would remain in the undercard of the Horn-Crawford headliner but apparently, Top Rank has had a change of heart.

With Ancajas’ growing popularity in the US market, one option was to showcase the Panabo, Davao del Norte, fighter in either Los Angeles or San Francisco where there is a large Filipino community. But in the end, it was decided to hold the fight in Las Vegas with the Ancajas defense as the main event.

Ancajas’ trainer Joven Jimenez was tight-lipped on exactly when the fight will be held. He said Top Rank and Las Vegas matchmaker Sean Gibbons would disclose the final details sometime this week. He said Ancajas has adjusted his training schedule with a fix on a fight date in late May.

“Jerwin was already doing 10 rounds of sparring when we were advised of the postponement,” said Jimenez in Pilipino yesterday.

“So we adjusted his routine to avoid burning out because of the delay. We don’t want Jerwin to peak too early. He went down to sparring four rounds. Once the new date is confirmed, we’ll begin to build up again to 10 and later 12 rounds.”