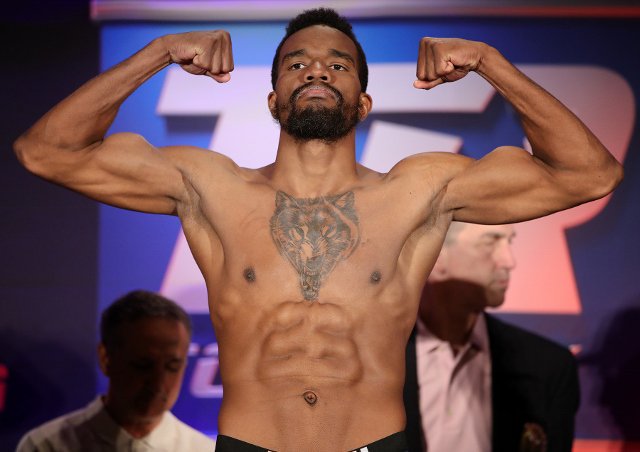 From the Liacouras Center, in Philadelphia, PA Super middleweight contender Jesse Hart (24-1, 20 KOs) and Demond Nicholson (18-3-1, 17 KOs) locked horns. Both guys came out fast with the taller and bigger Hart confident while throwing right hands, with one appearing to hurt Nicholson. As the first ended Nicholson landed a nice right hand that visibly shook up Hart.

In round two Hart came out more cautious after being stunned at the end of the first. Nicholson continued to find a home for his right hand early in this round. 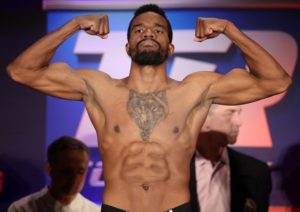 During round three, in the middle of the action, Nicholson hit the canvas in what appeared to be a slip but was ruled a knockdown by the referee. Later that round Hart scored a legitimate knockdown after hurting Nicholson with some left hooks then dropping him with a right hand.

In round seven Hart scored what should’ve been ruled two knocked downs when he landed a hard right hand that dropped Nicholson, who’s glove touched the canvas. Moments later Hart scored yet another knock down, which ensued in an extended count in which referee Shawn Clark appeared to be more than lenient with his count.

The fight was officially ruled a seventh round TKO victory for Jesse Hart. Who moves his record to (24-1, 20KOs). He remains the number one contender for the WBO Super Middleweight title.

Hart tasted defeat in his second to last bout against Zurdo Ramirez but rebounded with a stoppage win over Thomas Awimbono in February. He could be aided, in mind and come card-furnishing time, because he’s a Philly guy and the card, promoted by Top Rank and Russell Peltz, will unspool in Philly. Nicholson is aware of Hart’s roots.