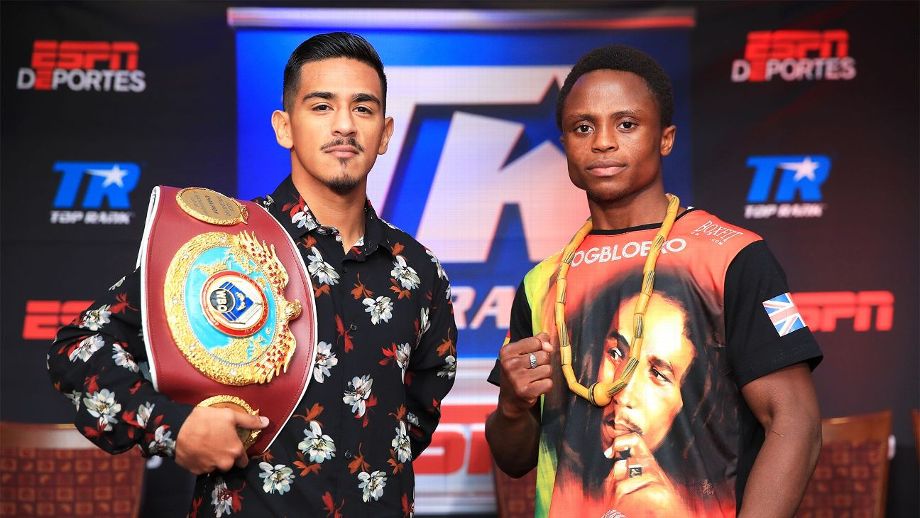 Jessie Magdaleno will attempt his second title defense against undefeated challenger Isaac Dogboe (18-0, 12 ko’s). This fight was originally for April 14th as an undercard to Terence Crawford vs Jeff Horn in Las Vegas. Now it’s the main event bout set to take place this weekend April 28th in the city of brotherly love, Philadelphia. The champion Jessie, a southpaw, won the 122 pounds title by defeating Nonito Donaire in November of 2016. His last fight was a second-round TKO victory against Adeilson Dos Santos in April last year. 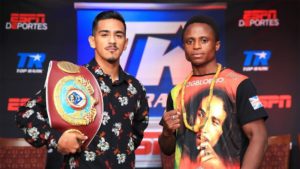 Dogboe gained attention with a fifth-round KO victory over Cesar Juarez for the vacant WBO interim belt in January.

This is a battle of two contrasting styles as Magdelano is more of a boxer and Dogboe is more of a brawler. We could be in for a quick night as both men carry power in their punches.

The champion will use his jab and combination punches to keep his opponent off balance; coupled with utilizing good footwork and hand speed to ensure he leaves the ring retaining his title.

The challenger will try to use his strength, prolific body attack and “in your chest” style to overpower. This is will be Dogboe’s fifth time-fighting in the US but will be his first world title shot.

These combatants are not strangers to each other. They once sparred two years ago in Las Vegas with both claiming to have the better of the exchanges. The fan can expect fireworks in this contest.

Previous articleBoxing: Liam Smith Pulls out of Sadam Ali fight
Next articleUFC: Gunnar Nelson out of his fight against Neil Magny due to a knee injury