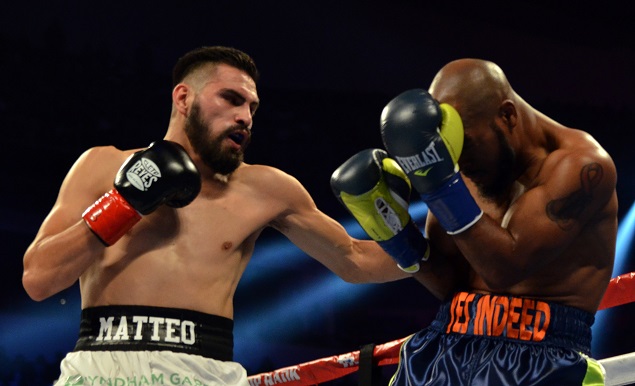 Jose Ramirez, the pride of California’s Central Valley, is ready for his world championship homecoming. Ramirez, from Avenal, Calif., will make the first defense of his World Boxing Council (WBC) super lightweight title against former amateur standout and longtime contender Danny O’Connor on Saturday, July 7 at the Save Mart Center. Ramirez vs. O’Connor will be televised live on ESPN and ESPN Deportes beginning at 10:30 p.m. ET.

Undercard bouts, including appearances by top Central Valley prospects Bryan Lua and Isidro Ochoa, will stream on ESPN+ starting at 7:30 p.m. ET.  Also appearing on ESPN+ in a six-round special attraction will be blue-chip prospect Gabe Flores Jr. of Stockton, Calif., who signed with Top Rank as a 16-year-old in November 2016, becoming the youngest fighter ever signed by the promotional company. This will be the first professional fight for Flores (7-0, 5 KOs) in California, who is also scheduled to fight on the Terence Crawford vs. Jeff Horn undercard June 9 in Las Vegas. 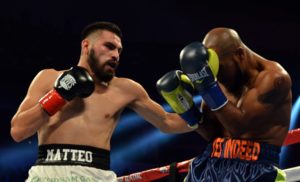 Ramirez (22-0, 16 KOs), beloved in the Central Valley for his commitment to immigrant causes and water rights for area farmers, won the vacant WBC super lightweight title on March 17 in New York City with a hard-fought unanimous decision over Amir Imam. He earned the title shot with a stunning second-round knockout over the previously undefeated Mike Reed on Nov. 11, 2017 in front of 13,838 fans at the Save Mart Center, which broke the venue’s previous record for a boxing match.

O’Connor (30-3, 11 KOs), from Framingham, Mass., is getting his first crack at a world title after nearly a decade as a professional. A slick southpaw, O’Connor had an illustrious amateur career, winning four New England Golden Gloves titles, a 2008 national Golden Gloves title at 141 pounds, and earning an alternate berth on the 2008 U.S. Olympic team. O’Connor won the first 14 bouts of his professional career before dropping a unanimous decision to Gabriel Bracero on April 8, 2011 in Laredo, Texas. He won nine in a row before a highly controversial split decision loss to former world champion Vivian Harris in 2013. Following a shocking, one-punch knockout loss to Bracero in their 2015 rematch, O’Connor has won four consecutive fights. In his last bout, on a special St. Patrick’s Day card in Boston, O’Connor rebounded from seventh-round knockdown to win a unanimous decision over Steve Claggett and retain the WBC International Silver super lightweight belt.

Previous articleWWE: Paige reveals the time when WWE made the decision to make her SmackDown GM
Next articleBoxing: Canelo Alvarez enrolls in year round drug testing