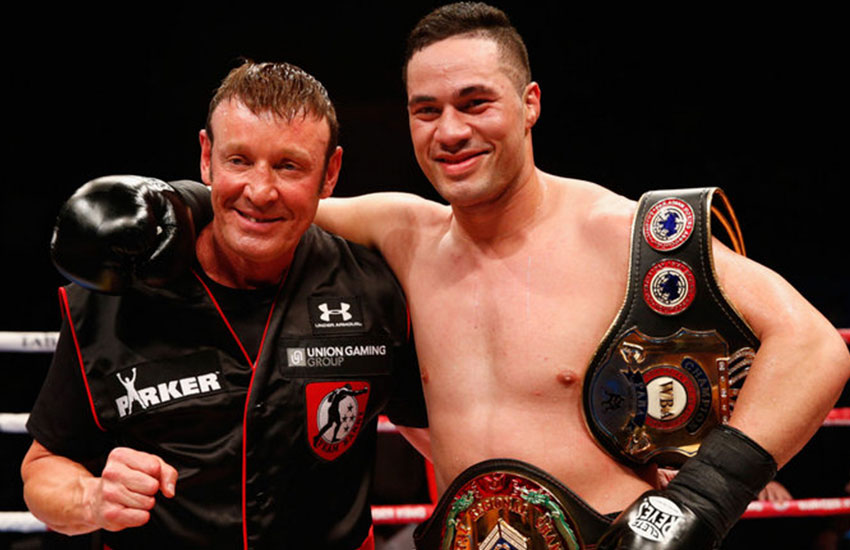 Joseph Parker has hit back at Anthony Joshua after the British champ explained why he couldn’t knock him out in their world heavyweight unification fight. Joshua snatched Parker’s WBO belt to add to his IBF and WBA straps in a unanimous decision win.It was, however, the first time the Brit failed to knock down his opponent.During a chat session with fans in London, Joshua explained several reasons why he thought he didn’t knock Parker out. 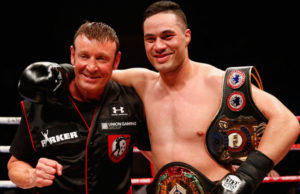 Parker was quick to jump on Joshua’s comments, tweeting: “Acting like the knockout was the option.” 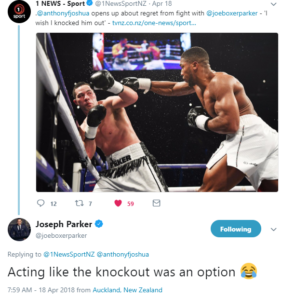 Joshua admitted at a fan event that put he too much pressure on himself while also pre-match talk about future fights against Deontay Wilder and Tyson Fury didn’t help.

“When people were telling me, ‘Parker is quick you know, he can fight,’ I was thinking, ‘He can, I’m going to get banged out in this fight’,” Joshua told a session with fans at a shoe store in London.

“It was a hard situation I found myself in because I was fighting (Parker) but everyone was already talking about the next two fights (Wilder and Tyson Fury) so everyone is thinking I’m going to walk through these guys. I started having pressure on myself and I didn’t want to make any mistakes.

“I think I sacrificed my boxing entertainment, that risk-it-all mindset I had. Looking back at my last fight, I lost it in that fight because I was so focused on just boxing performance – hit, don’t get hit and control the fight – and there were times in there where I thought, ‘Ah let me explode on this guy’ then (I thought), ‘Woah, woah, I have to think about Wilder next, let me get back to doing what I’m doing’ and in a way it was good because now when Wilder steps up, I’m going to take it to him hard.”

Joshua told the audience that in his victory over Parker he was catering for the boxing experts.

“For 20 fights I catered for the knockout audience and I said for this one (Parker) I’m going to cater for the boxing experts, stick behind my jab and do it the old school way,” Joshua said.

“And as important as it was to capture the WBO belt, looking back I wish I knocked him out. But then it’s set up what’s to come next and I’m learning on the job and I’m going to risk it all now.”