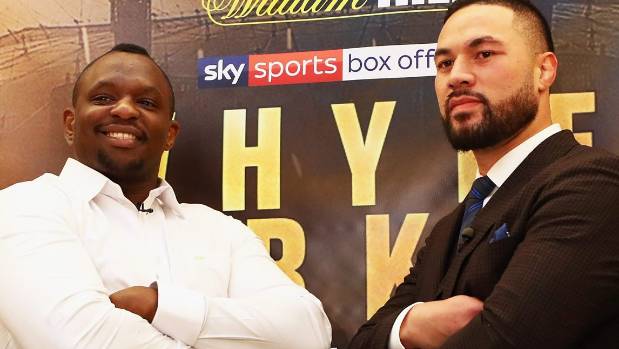 New Zealand heavyweight boxing star Joseph Parker believes a win over rugged Brit Dillian Whyte can fast-track him back to title contention. Parker and Whyte are confirmed to fight at London’s O2 Arena on July 29 (IST). Parker is looking to rebound from his points loss to Anthony Joshua that cost him his WBO title.

Whyte, whose only professional loss was a TKO at the hands of Joshua, has juicy rankings of No 1 with the WBC, No 2 with the WBO and No 4 with the IBF that can help propel the 26-year-old Kiwi right back into the title mix. 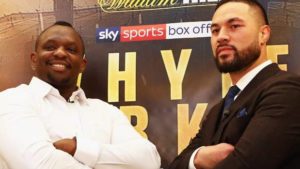 It’s a dangerous fight given Whyte’s aggressive style but Parker, who has come back into the rankings at No 6 with the WBC, No 7 with the IBF and No 6 with the WBO, believes the risks are worth it.

“Whoever wins this is going to be cemented at the top, to be challenging for world titles, so it’s a very important fight,” Parker said as he fronted a hurried media conference in London.

Securing the deal backed up Parker’s instant reaction to his loss to Joshua, the first of his career, when he was adamant he wanted meaningful fights immediately to get back into contention.

He also paid tribute to Whyte for taking on the challenge when the 30-year-old Londoner had viable alternatives in the form of Cuban Luis Ortiz and Bulgarian Kubrat Pulev, where victories would have put him in prime positions with the WBC and IBF for title fights.

“He said he wants a war, let’s make it happen.”

The heat is on Parker in terms of preparation as he leaves London to cross the Atlantic to las vegas and bury himself into seven weeks of furious training.

“This is one of the shortest training camps I’m going to have, but I feel like I’m going to enter camp in good shape,” he said before playing up to the UK audience.

“I’m looking forward to going back to training, and burning off the pies I’ve eaten in New Zealand.”

The deal represents some smart work by Parker’s promoter David Higgins who felt he “pulled a rabbit out of the hat” by getting it done quickly when everything was pointing to a worthy fight against American Bryant Jennings in the US in August.

The deal was done within 48 hours as Higgins worked hard to get a more juicy alternative for Parker.

Hearn put the fight into perspective.

“Outside Joshua-Wilder this is the biggest fight in the heavyweight division …it’s a pure 50-50 fight with two guys have everything to lose,” Hearn said.

Whyte, who constantly called out Parker when the Kiwi had his world title, was more gracious when the pair came face to face in front of the media.

“Massive respect to Parker, he had his moments versus Joshua. This is a great fight, Joseph Parker will be hungry, motivated. He could have had a couple of easy fights but he wants a challenge.” Whyte said before cheekily adding, “It’s a big mistake but I’m sure he thinks differently.”

But Whyte couldn’t refuse a dig at the Kiwi for his performance against Joshua in a fight that had little toe-to-toe confrontations, mainly through Joshua’s cautious approach and some frustrating refereeing.

“I just hope he leaves his running shoes at home and comes to fight,” Whyte said.

The Parker camp have always maintained that Whyte’s confrontational style suits them.

This has the makings of a brawl.