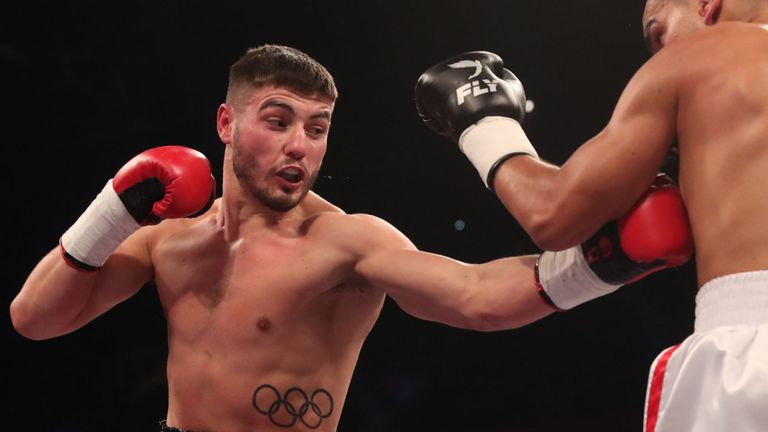 Josh Kelly totally outclassed Carlos Molina earlier tonight on the undercard of Anthony Joshua and Joseph Parker’s heavyweight unification bout. Molina, a former world champion, and the 38-fight veteran was simply overwhelmed with the task at hand. The 2016 Rio Olympian showed dazzling hand-speed and movement on his way to a 98-92 twice and 99-91 scored a unanimous decision victory. 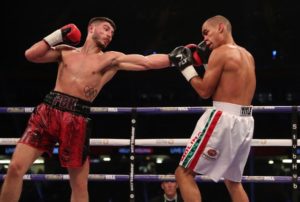 This was considered by many to be Kelly’s first real test. A way to judge if there was any substance behind all the flash and ‘Pretty Boy’ came through in style. He got onto the front foot from the opening bell and had his way with Molina.

Kelly came out simply cruising through the gears early, then in the second, he landed a left jab that snapped Molina’s head back, followed by a right-left combination landed flush.

In the third with his hands down by his side, easing in and of range, he continued to deliver a near-perfect performance, catching Molina with fast, strong hooks as Molina willingly plodded forward to literally no success.

A perfectly timed combination did catch Kelly clean in the fifth, but despite that, Kelly continued to dictate all terms as the bout reached the mid-rounds. A right uppercut and straight shot stunned Molina in the sixth, but still, he showed a strong fighting spirit as he continued to lumber forward.

With sharp defense and class oozing out the screen, Kelly went ten rounds for just the first time in his short career. He showed no signs of fatigue as he cruised to an impressive victory to improve to 6-0 with 4KO’s, while Molina fell to 28-9-2.

Kelly’s promoter, Eddie Hearn said afterward that he has big plans and a bright future ahead for Kelly. Hearn also said that Kelly will be back in action in June.