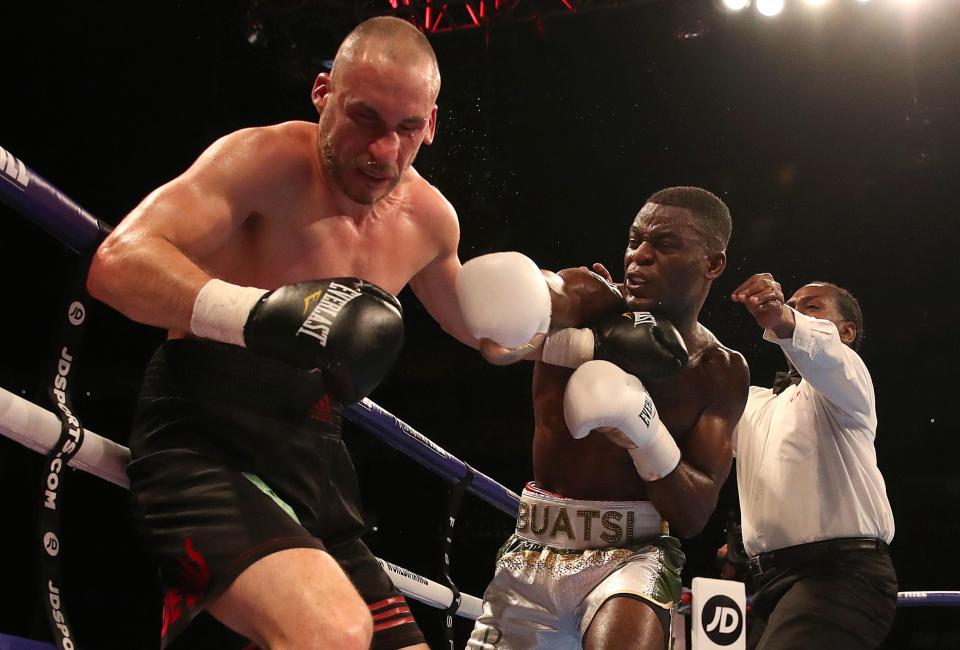 Joshua Buatsi blasted past Stephane Cuevas to continue his meteoric rise through the light-heavyweight ranks. The Croydon 25-year-old produced a mature and patient performance before a series of thudding right hooks brought an end to proceedings in the fifth. Buatsi became just the second man to beat the Frenchman as he improved his record to six wins from as many fights with four stoppages. 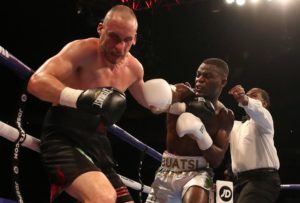 In the first round, Buatsi’s freshly shaved face was never touched by the few haymakers Cuevas threw. Buatsi chopped away at the Frenchman’s body but didn’t seem to inflict any serious damage and the second was an identical affair. With his hands swinging cavalier low, the Croydon ace was allowed to tee off but his power was not as impressive as his hand speed. During the third, Buatsi’s family and friends sat toward the back of the press seats, constantly called out to their starlet to ‘keep your guard up’.

The fourth was a firefight, Cuevas was not in the mood to lie down and he never shied away from lashing out, with attack his favorite form of defense as the rounds slipped away from him. And the fifth had barely got underway before it was stopped with Cuevas out on his feet, back against the ropes and guard well and truly smashed through.

Working behind a ramrodding jab, the former amateur standout started the contest in menacing fashion, walking forward and firing away at will to the body as he quickly seized control of the contest. Cuevas tried to get a foothold in the next but struggled to match the power and accuracy of his counterpart, Buatsi again hammering away to the midriff area.

The 25-year-old Londoner landed one big shot – then a second, third, fifth and seventh and the referee leapt in with Buatsi’s white gloves a blur of fury. The light-heavyweight is now set for his first ten-round fight and his USA debut under promoter Eddie Hearn.

Previous article
UFC: Undefeated prospect Dominick Reyes talks about his fight against Jared Cannonier, wants to remind fans that light heavyweight division is still the most dangerous division
Next article
UFC: Kelvin Gastelum thinking about Tyron Woodley rematch if he returns to welterweight