Boxing: Kal Yafai stops David Carmona in the seventh round

From the Save Mart Arena in Fresno, California Khalid Yafai (24-0,15KO’s) took on David Carmona (21-6-5,9KO’s) in a super flyweight bout live on ESPN Plus. The bout was originally scheduled to be for Yafai’s WBA Super Flyweight Title but Carmona missed weight by 3.6 lbs. It was a very exciting bout with both men fighting at mid-distance range most of the night, exchanging punches throughout. Yafai seemed to have the sharper punches. Carmona showed tremendous heart and kept coming forward.

Yafai dropped Carmona in the first round as he found a home for his left hook, Carmona was able to beat the count. As Yafai rushed in trying to get the stoppage he got caught by a hook and was hurt throughout the back end of the round. 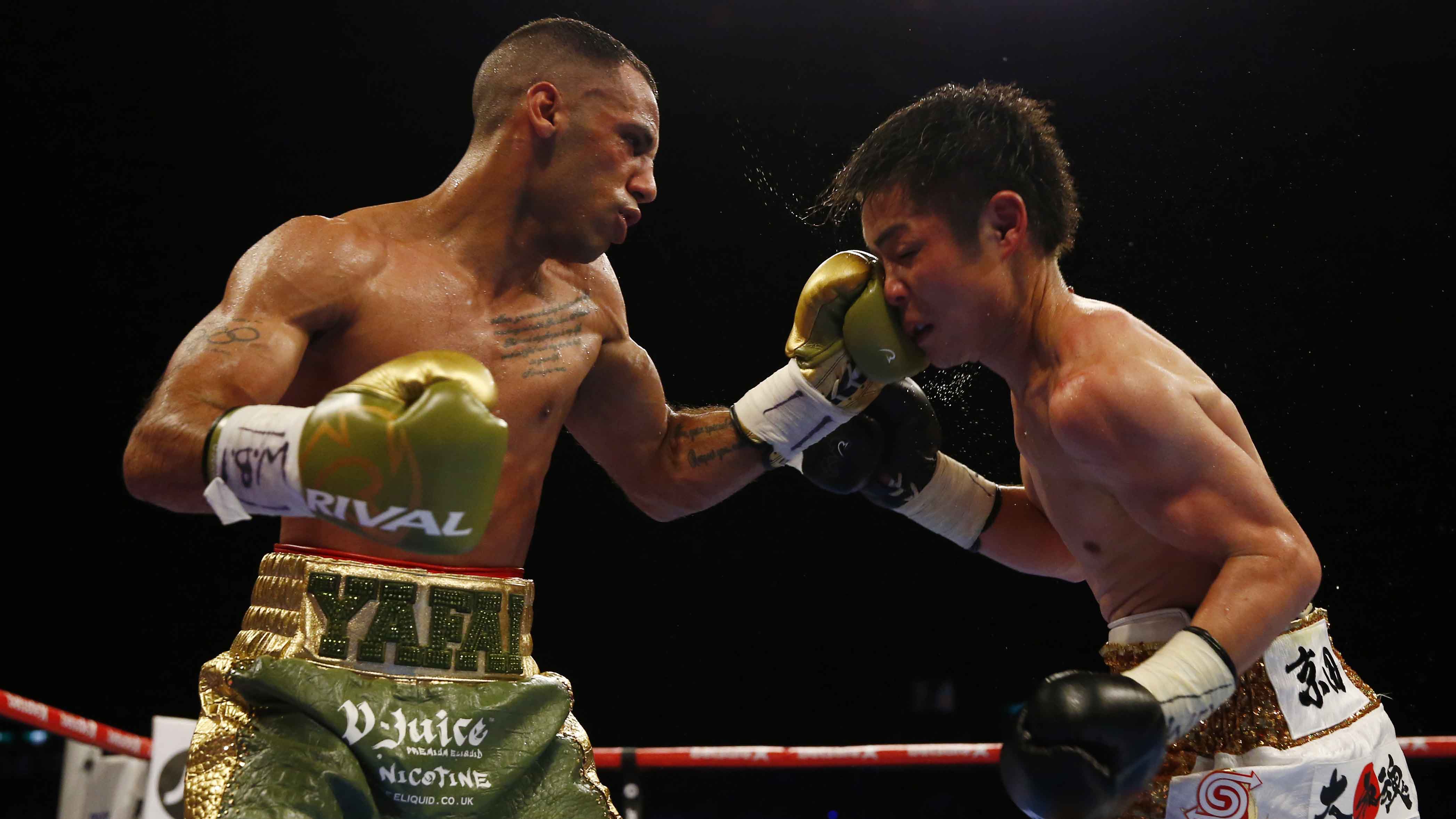 Yafai came back in the second round landing combinations throughout the round, including a beautiful uppercut on the inside. Carmona gave as good as he got throughout and was having some success landing his hook on Yafai.

Both men went back and forth exchanging punches but it was clear Yafai was landing the cleaner, harder punches. Carmona seemed to be slowing down some as he got hit flushed with shots throughout.

Yafai let his hands go all night he dropped Carmona twice more in the fifth round but was deducted a point for hitting Carmona while down. At this point, you could start to see the end was near. Carmona however, kept coming forward, he was game but it just wasn’t his night.

Carmona went back to his corner at the end of the seventh round and his corner had seen enough, they put a halt to the bout. Yafai got a well-earned TKO victory.