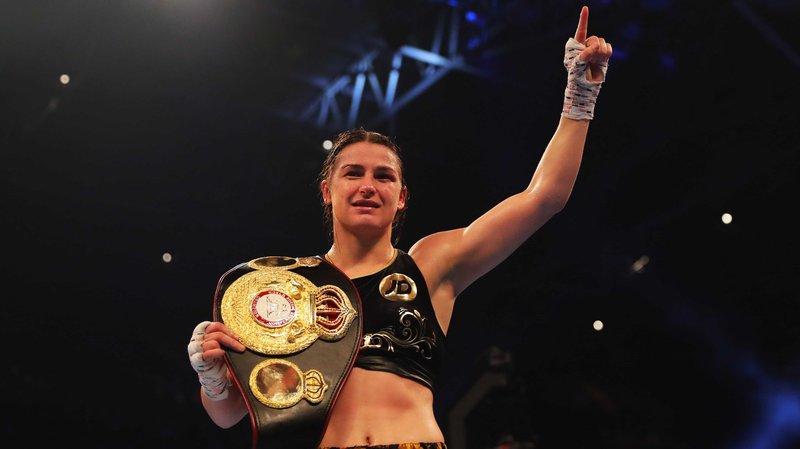 Katie Taylor [9(4)-0] hopes to move to within one win of becoming undisputed world champion in London this July. The Bray sensation became just the third Irish fighter to unify world titles when she defeated Victoria Noelia Bustos last time out in New York to add the IBF lightweight crown to the WBA title Katie won in just her seventh fight.

Immediately after that title win, the London 2012 gold medal winner set her sights on collecting the two remaining belts before the year was out, putting WBO titlist Rose Volante and WBC champ and pound-for-pound-rated star Delfine Persoon on red alert. 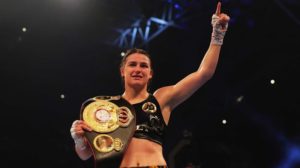 Pink belt holder Volante [13(7)-0] was the first name past Team Taylor’s list but the Brazilian said that no agreement had been made. However, Taylor is hopeful that Volante will provide her with the chance to add the WBO trinket to her collection as was early as July.

Taylor’s promoter, Matchroom, currently have no dates set for the month but a big card at the O2 Arena, potentially featuring an IBF heavyweight title final eliminator between Dillian Whyte and Kubrat Pulev, looks to be in the works.

35-year-old Volante upset Argentinian Brenda Karen Carabajal in December, dropping her twice early and squeaking a majority decision. She followed this up with a dominant knockout win over Panamanian Lourdes Borbua but on paper would look to be the weaker of the two remaining champions.